Open to: All, detailed results viewable to: All. Participants: 11

Who will win the third place play-off?

Second frames of the third pages of Book I and Book II (here published as a single volume): 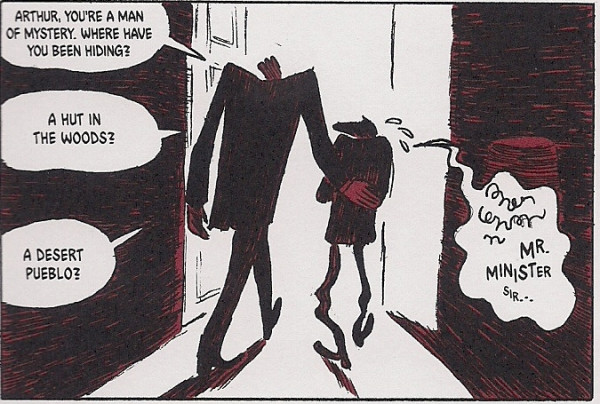 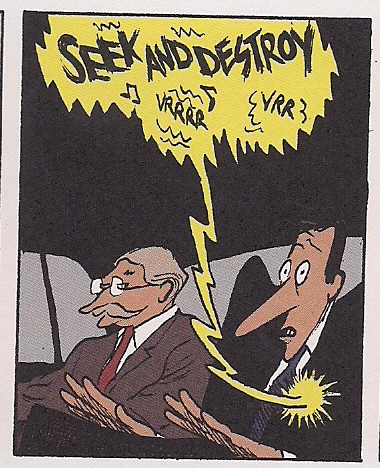 This is a brilliant comic book about being at the sharp edge of diplomacy. Arthur Vlaminck is plucked from his almost-completed PhD to become speech-writer for the French Foreign Minister (the original title of the series is Quai d'Orsay, the location of the foreign ministry in Paris). The set-up is a very thinly disguised version of the 2002-04 period when the (barely pseudonymous) author was in fact speech-writer to the then French foreign minister Dominique de Villepin. There are a couple of characters who I think I recognise from their real-life counterparts.

The fictional Alexandre Taillard de Vorms is a monstrous figure, convinced of his own greatness (and convincing to those around him as well), and perpetually reaching for meaningless phrases from ancient Greek philosophers to buttress his jumbled but passionate rhetoric. Vlaminck must rewrite every speech at least twice in response to ministerial whim, and the rest of his life gets put on hold. My sense is that de Villepin is much less monstrous, but I have met enough people of that seniority to recognise that Taillard de Vorms is a credible amalgam of the extremes of personality who gravitate to the political top. And even putting that aside, the depiction of a group of different individuals, including both bureaucrats and political appointees, reacting to crisis after crisis (sometimes self-inflicted) is very realistic. The drumbeat of politics is leavened by references to Tolkien, Star Wars and Metallica, and the whole thing is carried off very well. I am recommending it to senior diplomatic contacts. You can get it here.

This was my top unread comic in English. Next up is The Red Virgin and the Vision of Utopia, by Bryan Talbot and Mary M. Talbot.