It was a decision that meant that he no longer had to bear the burden of hope.

So, we come to the latest novelisation of the latest Doctor Who episode. (For the record, the shortest ever interval between the broadcast of a new episode and the novelisation being published was The Five Doctors, where Terrance Dicks' book was available in the shops the day before the story was broadcast.)

Paul Cornell has the longest record of writing Doctor Who among the four authors of the new novelisations, having started with the third of the New Adventures, Timewyrm: Revelation, back in 1991, soon after the end of Old Who; of course, he wrote the Ninth Doctor story Father's Day and the Tenth Doctor story Human Nature/The Family of Blood (adapted from a Seventh Doctor novel of the same name); more recently he has turned his attention to comics, including the glorious 50th anniversary tribute The Girl Who Loved Doctor Who and the more recent and great fun The Four Doctors.

Here he has done a lovely job of taking the Terrance Dicks style at his best (he's always been clear in his admiration) and applying the method to a 21st century script. He softens some of the edges of the First Doctor's characterisation which I found problematic on screen, adds quite a lot to the Bill back-story which means that it all makes sense, and embeds the whole story in mythos in a way that works much better on the page. Also the Twelfth Doctor's final monologue is much more clearly a memo to his future self.

And I have to admit that I had not twigged that the First World War parts of the story are actually set in Belgium. Admittedly it's not Belgium at its prettiest, but the screen caption (had I paid attention) said it was Ypres 1914, and in the novelisation it's explicitly near Saint-Yvon (where the best-known account of the Christmas Truce was recorded). This is the second TV episode which is partly set in Belgium (the first being a blink-and-you-miss-it moment from The Unicorn and the Wasp). That's two more than have been set in Ireland... 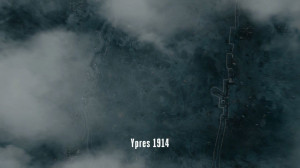 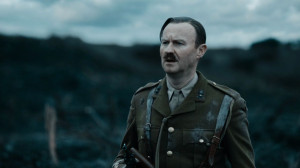 Anyway, it's a true and worthy homage to the show and to the Terrance Dicks style, bringing in its own new elements. You can get it here.