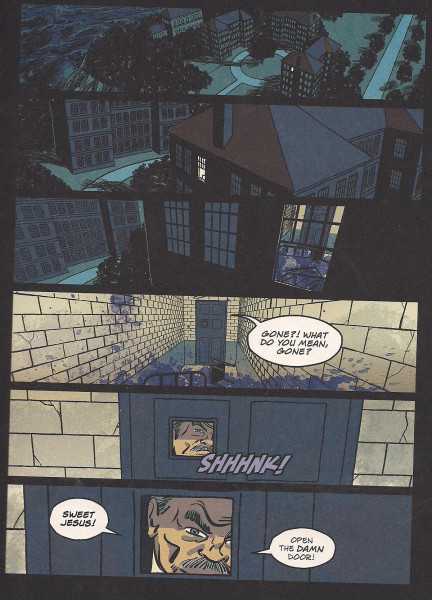 I got this having hugely enjoyed Culbard's graphic novel version of At the Mountains of Madness a few years ago. I'm sorry to say that this didn't work for me so well; it's not as visual a story, and the central characters (Charles Dexter Ward, the narrator Willett and the ancient necromancer Curwen) are not especially interesting characters. It's interesting that Lovecraft himself thought this was not one of his best efforts, and the original story remained unpublished until 1941, several years after he had died. Still, if you want to, you can get it here.

This was the top unread graphic story on my shelves. Next is Weapons of Mass Diplomacy, by Abel Lanzac.