Mrs Miniver won the Oscar for Outstanding Motion Picture in 1942. It got a total of twelve Oscar nominations, and apart from Outstanding Motion Picture also won in Best Director, Best Actress (Greer Garson in the title role), Best Supporting Actress (Teresa Wright as Carol), and Best Black-and-White Cinematography, a total of six. The only other 1942 film that I am sure I have seen is Casablanca, which counts as 1943 for Oscar purposes, though I may also have seen Sherlock Holmes and the Secret Weapon. My knowledge is about to improve, however, as this year's Retro Hugos include six films from 1942 among the finalists. (Since you asked: Bambi, Cat People, The Ghost of Frankenstein, I Married a Witch, Invisible Agent and Rudyard Kipling’s Jungle Book.)

Both IMDB ratings put Casablanca top, and Mrs Miniver in the top dozen but not the top half-dozen - 7th on one system, 11th on the other. Bambi, Saboteur and To Be or Not To Be are also ahead of Mrs Miniver on both systems. Here's a contemporary trailer:


I enjoyed it. I can see why it went down well at the time. It's a heartfelt, uplifting, warm story of ordinary upper-middle-class English folk caught up in the Second World War. In the midst of everything, the Minivers' son Vincent falls in love with the grand-daughter of the lady of the manor; and, in an unexpected twist,( Collapse ). Garson and Wright deserved their Oscars. 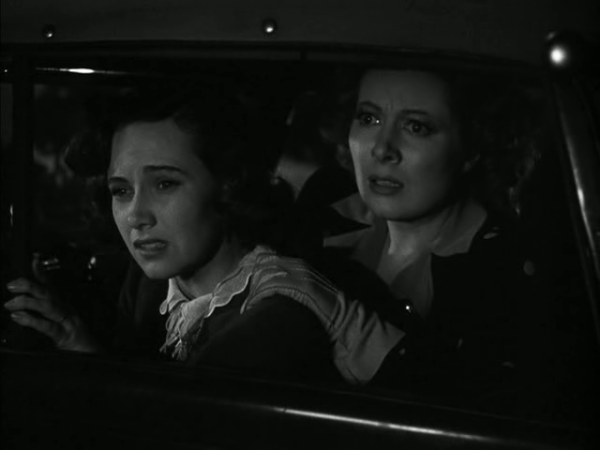 Least favourite bit: Walter Pigeon, as Mrs Miniver’s husband Clem, and Teresa Wright, as the granddaughter of the manor (and in due course the Minivers’ daughter-in-law) are not really trying very hard to do English accents. Clem of course might have been a Canadian immigrant, but Carol is supposed to be English aristocracy. 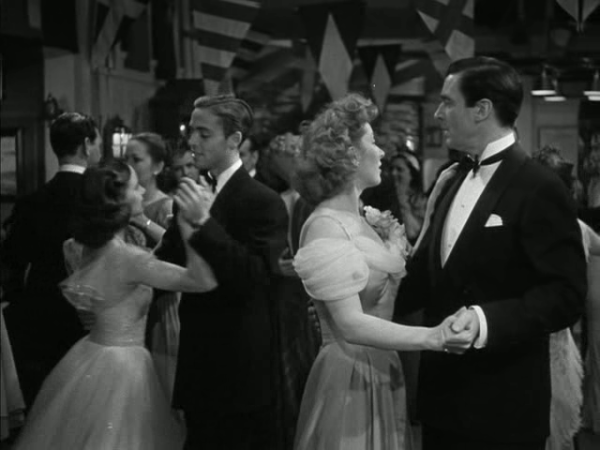 Also not great: the lower classes are there for comic relief. The American audience is expected to empathise with the minivers but giggle at the villagers and servants. (Having said which, Henry Travers got a nomination for his role as Mr Ballard the station-master and amateur rose grower.) 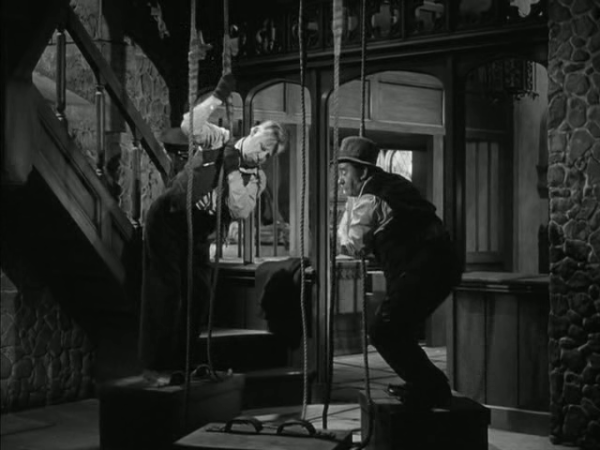 Odd social point: the Minivers sleep in separate beds. Was that as far as the film makers thought they could get away with, in terms of suggesting a marital relationship? 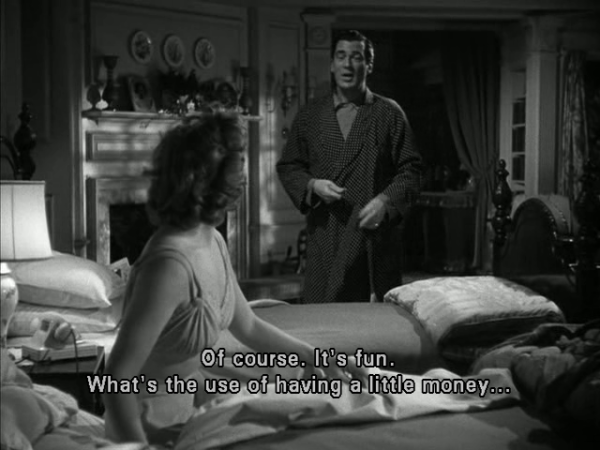 There are three great set pieces in the film, which is generally tightly written and filmed. The first is a long sequence in the middle where Mrs Miniver finds a stranded German airman in her kitchen; Clem is away on a mission (helping with the Dunkirk evacuation as it turns out) and she must use her wits to prevail. It's electrifying. (The German is played by Helmut Dantine who pops up again in Casablanca.) 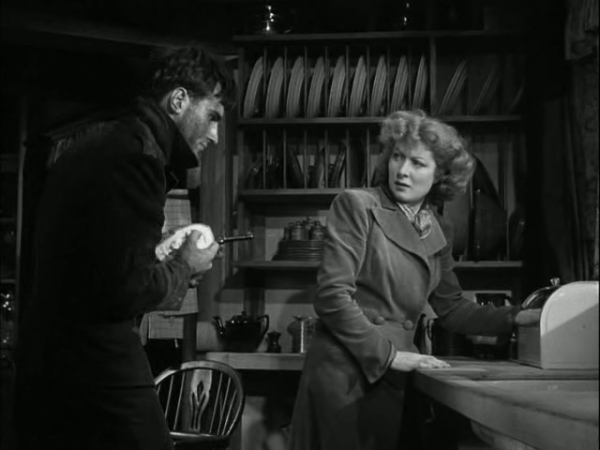 The second is shortly after, Mrs Miniver's confrontation with Lady Beldon (played by Dame May Whitty, who also got an Oscar nomination but lost out to her screen granddaughter) over the suitability of the potential marriage of Vin and Carol. Social anxiety about the next generation's marriages is of course a universal, but this is well done. 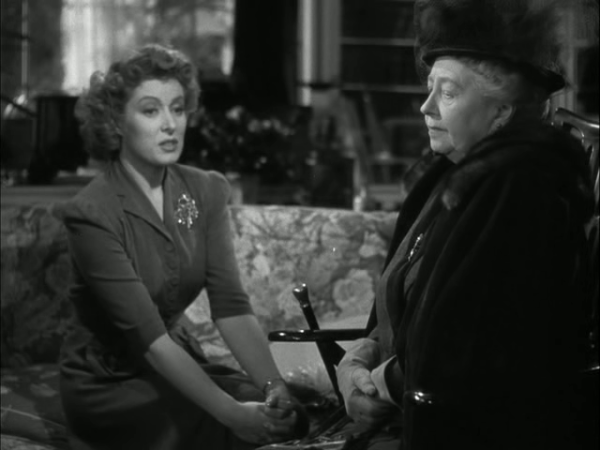 And the final scene, in which the vicar (Henry Wilcoxon) preaches defiance of the enemy in a ruined church, is a pinnacle moment of propaganda - never mind that if the church was so badly structurally damaged, the congregation would certainly have met to worship elsewhere. Here it is with Spanish subtitles. 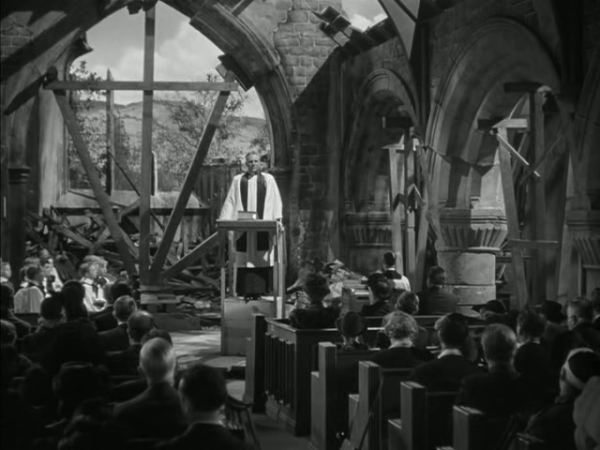 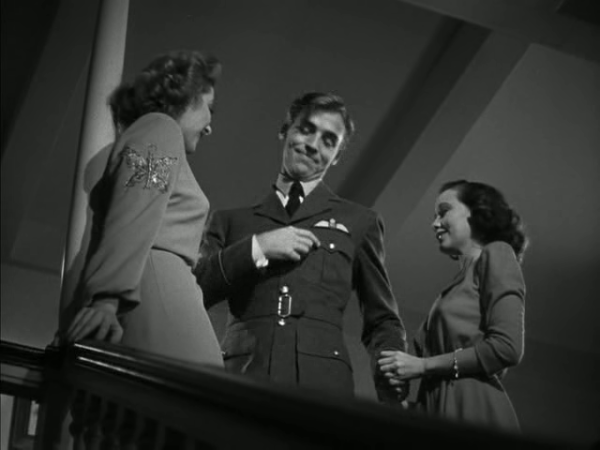 In conclusion: It's a wholesome enough film, whose propaganda elements are perhaps a little too obvious to ignore 75 years later. I'm ranking it just ahead of How Green Was My Valley, last year's winner, and just below Grand Hotel, which has a slightly stronger (and more numerous) ensemble and does more interesting things with them. You can get it here.

The film varies much more from the book than any other adaptation I have seen so far in this series. The second paragraph of the third chapter is:

The Miniver family had a passion for fireworks; and a fireworks display in a small London garden is an emasculate thing, hampered at every turn by such considerations as the neighbours, the police, and the fragility of glass and slate. So on Saturday morning they picked up Vin at Eton and drove across country to Starlings. Mrs. Miniver was relieved to find that public school had not made him too grand to enjoy playing road competitions with the two younger children. He was, like his father, a timeless person, uninfluenced by his own age and unconscious of other people's. Judy was quite different. She was as typically nine now as she had been typically six, and three. Age, to her, was an important and exciting quality: she was never quite at ease with other children until she had asked them how old they were. As for Toby, he remained, in this as in most other matters, unfathomable.

The book is a series of brief newspaper sketches about the Miniver family, who are slightly better off than in the film (a house in London as well as in Kent, and a holiday place in Scotland). Most of the book takes place before the war (whereas most of the film is set after it breaks out). Vin is at Eton rather than Oxford. One or two incidents from the book survive into the film but the screenplay is generally new material.

It's actually rather charming, somewhat reminiscent of Mrs Dalloway (which had been out for over a decade and must have been known to the author, Jan Struther, real name Joyce Anstruther). There is no plot to speak of, but there are some lovely observations of parenthood and marriage, and some less deep reflections on English society (as you would expect from a column in The Times). I think this was the author's only prose fiction; she also wrote humorous poetry and essays. Despite being an agnostic, she wrote several hymns including Lord of All Hopefulness. It's free here or you can get a hard copy here.

Next up in this series is Casablanca. But I need to get through the Hugo and Retro Hugo finalists first.