This year we are considering work of 1942, and skimming through Goodreads I spotted two books that fall outside the genre as it would have been seen by the hypothetical voters of the non-existent 1943 Worldcon, but arguably could be considered as included by the current rubric, which is:

Any work related to the field of science fiction, fantasy, or fandom appearing for the first time during 1942 or which has been substantially modified during 1942, and which is either non-fiction or, if fictional, is noteworthy primarily for aspects other than the fictional text, and which is not eligible in any other category.

The two books in question are Mythology: Timeless Tales of Gods and Heroes, by Edith Hamilton, and A Preface to Paradise Lost, by C.S. Lewis. So I have had a good look at them both (read the Lewis completely and the first 100 pages of the Hamilton) and reflected on whether they are good candidates for the second ever Retro Hugo for Best Related Work.

A Preface to Paradise Lost, second paragraph of third chapter:

The Primary Epic will be illustrated from the Homeric poems and from the English Beowulf, and our effort here, as throughout the present discussion, will be to discover what sort of thing the Primary Epics were, how they were meant to be used, what expectations they hoped to satisfy. But at the very outset a distinction must be made. Both Beowulf and the Homeric poems, besides being poetry themselves, describe poetical performances, at feasts and the like, proceeding in the world which they show us. From these descriptions we can gather what the epic was in a heroic age; but it does not follow that Beowulf and the Homeric poems are themselves the same kind of thing. They may or may not be what they describe. We must therefore distinguish the literary conditions attributed to the heroic age within the surviving poems, which, since they are described, can be studied, from the literary conditions in which the surviving poems were themselves produced, which can only be conjectured. I proceed, then, to some account of the literary conditions which Homer describes.

C.S. Lewis had a good year in 1942; he was a regular broadcaster on the BBC, he was working on Perelandra, and he also published The Screwtape Letters (which are certainly on my Best Novel Best Novella ballot). A Preface to Paradise Lost is 150 pages of detailed analysis of the epic poem, the first half looking at the epic style in itself, and the second half looking at Milton’s ideas of Christianity. I’m more familiar with the other epics, and found the first half tremendously rewarding reading, though Lewis’s feud with T.S. Eliot is a little wearying. A very interesting examination of what epic poets are trying to do.

However, I think Lewis himself clearly does not regard the book as related to the field of science fiction, fantasy, or fandom. He comments that Dante (who he otherwise doesn’t discuss much) can be seen as in the same tradition as Jules Verne and H.G. Wells, but clearly separates them from Homer, Virgil, the author of Beowulf and Milton as doing very different things. I doubt that the hypothetical voters of the non-existent 1943 Worldcon would have put this on their final ballot, and more important, I doubt that Lewis would have accepted nomination if offered the choice. (Unlike The Screwtape Letters, which clearly has some sfnal roots.)

Oddly enough, the second paragraph of the third chapter of Mythology: Timeless Tales of Gods and Heroes starts with a quote from Book VII of Paradise Lost:

First there was Chaos,

These words are Milton's, but they express with precision what the Greeks thought lay back of the very first beginning of things. Long before the gods appeared, in the dim past,uncounted ages ago, there was only the formless confusion of Chaos brooded over by unbroken darkness. At last, but how no one ever tried to explain, two children were born to this shapeless nothingness. Night was the child of Chaos and so was Erebus, which is the unfathomable depth where death dwells. In the whole universe there was nothing else; all was black, empty, silent, endless.

This re-telling of Greek (and some Roman and Norse) legends was apparently the classic school textbook of classical mythology for decades of American schoolchildren. I read only the first hundred pages (of 329), but I think it is enough to get a feel for it. In the introduction, she makes very large claims for the unique quality and modernity of Greek myth, where a similar collection today would stress the links with other neighbouring cultures and might also look at how this particular set of stories became elevated above others. The retelling of the actual stories is breezy enough, and jumps lightly over the amorous activities of Zeus. It’s pretty comprehensive, but I think my heart is still with Roger Lancelyn Green’s versions which have a little more bite to them, not having been written as a school text book.

I also don’t think that Mythology qualifies as a Best Related Work. It is not non-fiction, nor is it “noteworthy primarily for aspects other than the fictional text”. The most noteworthy part of the book, its very core, is Hamilton’s retelling of the fictional myths. It might perhaps be a potential finalist for Best Novel, but there are a lot of better candidates (see my previous post on 1942 sff novels by women and writers of colour). So I suspect that there will be no award for Best Related Work in this year’s Retro Hugos; and that’s not such a terrible thing. 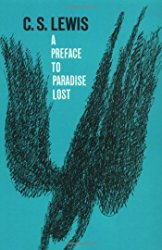