As we look forward to 2018, science fiction has already been there. Here are six portrayals of 2018 from books, television and film, imagining the coming year as utopia, dystopia, or something in between.

Lauren Beukes’ first novel, Moxyland (2008), is set in a cyberpunk South Africa of 2018, where your phone is your identity (much more true now than then) and vulnerable to control by the authorities (also even more true now), while nanotechnology has advanced to the point that you can inject yourself with it for health and entertainment, and games are another means of control, providing distraction from the state’s oppression. Beukes’ Johannesburg next year is a fascinating but dangerous place. (I must go back and re-read it now, having visited Johannesburg myself for the first time in October.)

Published around the same time, Halting State, by Charles Stross (2007), combines elements of police procedural, cyberpunk and choose-your-own adventure, set in 2018 in a Scotland which became independent in 2012, where a huge theft in an online game leads to the discovery of massive international hacking and uncomfortable revelations for one of the main characters. In 2017 we did indeed have a massive heist in EVE, and continued evidence of real-world political hacking by unfriendly governments, though it's not yet clear if the two are related. A sequel, Rule 34, came out in 2011.

Utopia v Dystopia: Stross’s Scotland has improved with independence, but his future world has big new problems. The author's comment: "Halting State wasn't intended to be predictive when I started writing it in 2006. Trouble is, about the only parts that haven't happened yet are Scottish Independence and the use of actual quantum computers for cracking public key encryption..."

For more British politics, see Andrew Marr’s Children of the Master (2015) in which the Labour Party unexpectedly wins the 2018 election. For a time-travelling police procedural, see Liv Spector’s The Rich and the Dead (2014). For more geopolitical thrilling, see End Game by Matthew Glass (2011). For demons in Atlanta, see Forsaken by Jana Oliver (also 2011).

There are a number of films set in 2018 – including Brick Mansions (2014) (inner-city Detroit walled off from the outside world), Iron Sky (2012) (Nazis on the far side of the moon), and Terminator Salvation (2009) (the third sequel to Terminator). But I’m going back to 1975, and staying with the game theme, where Norman Jewison’s film Rollerball portrayed a future in which corporate interests have taken over from the state, and all team sports, indeed all means of entertainment including reading, have been abolished - apart from the violent sport of Rollerball in which the players, wearing body armor and equipped with roller skates and motorcycles, must score by throwing a steel ball into the magnetic goal. The protagonist, Jonathan E (played by James Caan), wants to retire but is forced to play one more game with deadly changes to the rules; the villain admits that the game is meant to demonstrate the futility of individual effort to a cowed populace.

Utopia v Dystopia: Our hero may triumph in the end, but this is not the 2018 you’d want to live in. Though the futuristic German architecture is pretty cool. 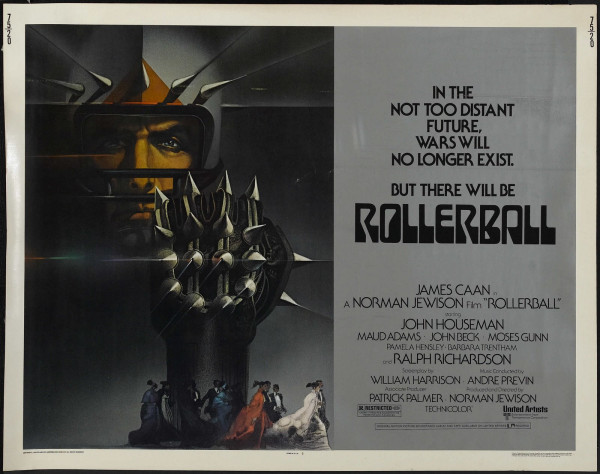 Fifty years ago, starting on 27 December 1967, Doctor Who visited 2018 in The Enemy of the World, starring Patrick Troughton as both the Doctor and the future politician Salamander, who it turns out has been gaining political power with the help of a group of scientists who he has deceived into causing various (apparently natural) disasters. Believed lost for years, this story was found again in 2013 and turned out to be a real treat for fans. It is the only Doctor Who TV story with substantial parts set in Australia. Or Hungary, for that matter. The helicopter flown by Astrid (Mary Peach) is licenced to the end of the year 2018.

Utopia v Dystopia: The political system is vulnerable, but the Doctor solves the immediate problem. 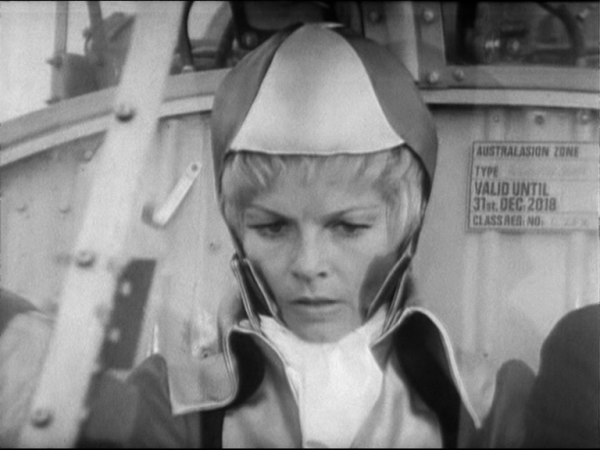 Going back another decade, They Shall Have Stars, the second published volume of James Blish’s Cities in Flight sequence (though first in internal chronology), was published in 1957 with the title Year 2018! (though it had already appeared in the UK with what is now the better known title). It’s a story of men and women working to make the scientific breakthrough that will be the foundation for the rest of the series, against an oppressive American state that has become too totalitarian in the name of freedom; one of the heroic protagonists, rather unusually, is a U.S. Senator, while the villain is the FBI director MacHinery. (Get it?) The story starts in 2013 and ends in 2020, but I think the variant title gives me licence to include it here.

Utopia v Dystopia: Definitely towards the latter, with the end giving some hope for escape (though alas not for our protagonists) 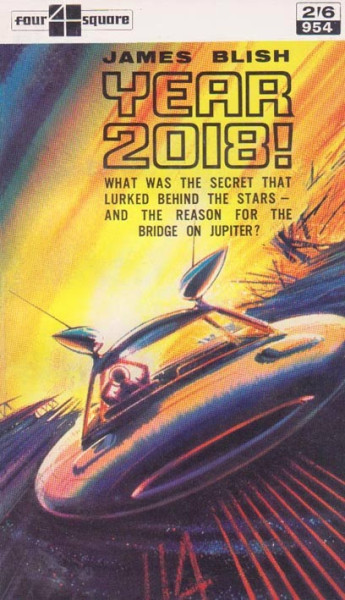 Finally, The Golden Book of Springfield, written between 1905 and 1918 by the poet Vachel Lindsay and published in 1920 (and available for free here) takes an idealistic look into the future of Illinois, a world where everyone is spiritually and aesthetically enlightened, apart from a few corrupt politicians who are busy squabbling about airplanes and prosecuting a war against the drug dealers of Singapore. In Lindsay's 2018, there has been almost no advance in technology since 1920.

Utopia v Dystopia: Lindsay predicts racial harmony and social and spiritual progress, but only up to a point. Still, it’s probably the most hopeful, and also by far the most outdated, of the six futures discussed here.

There are a few common themes here: governments which are not as democratic as they would have you believe, entertainment as a means of oppression, information technology used for ill as well as for good. We have our own 2018 ahead of us: let’s make the best of it.

Current
The Fall of Hyperion, by Dan Simmons
It Can't Happen Here, by Sinclair Lewis
L’Équation Africaine, by Yasmina Khadra

Last books finished
A History of the Future: Prophets of Progress from H.G. Wells to Isaac Asimov, by Peter J. Bowler
Zola and his time; the history of his martial career in letters: With an account of his circle of friends, his remarkable enemies, cyclopean labors, public campaigns, trials and ultimate glorification by Matthew Josephson
Democracy and its Deficits: The path towards becoming European-style democracies in Georgia, Moldova and Ukraine, by Ghia Nodia with Denis Cenușă and Mikhail Minakov
The Power, by Naomi Alderman
The Story of English in 100 Words, by David Crystal

Non-fiction: 8 (2017 total 57)
Guided by the Beauty of Their Weapons: Notes on Science Fiction and Culture in the Year of Angry Dogs, by Philip Sandifer
The Most Dangerous Book: The Battle for James Joyce's Ulysses, by Kevin Birmingham
Alexander the Corrector: The Tormented Genius Whose Cruden's Concordance Unwrote the Bible by Julia Keay
The World of Yesterday, by Stefan Zweig
A History of the Future: Prophets of Progress from H.G. Wells to Isaac Asimov, by Peter J. Bowler
Zola and his time; the history of his martial career in letters: With an account of his circle of friends, his remarkable enemies, cyclopean labors, public campaigns, trials and ultimate glorification by Matthew Josephson
Democracy and its Deficits: The path towards becoming European-style democracies in Georgia, Moldova and Ukraine, by Ghia Nodia with Denis Cenușă and Mikhail Minakov
The Story of English in 100 Words, by David Crystal 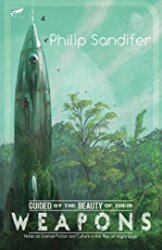 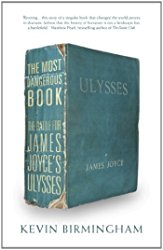 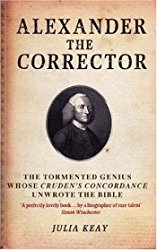 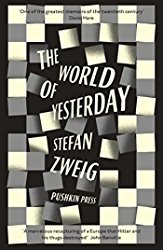 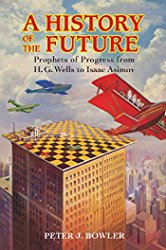 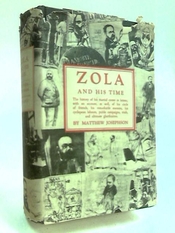 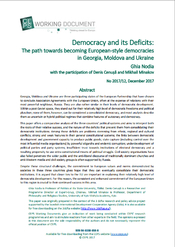 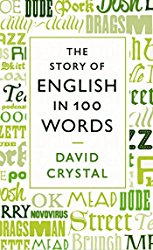 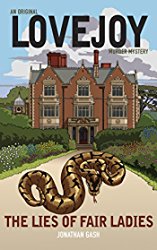 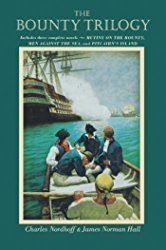 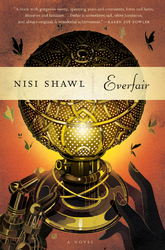 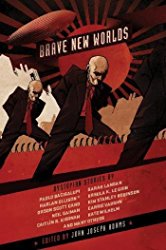 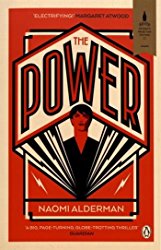 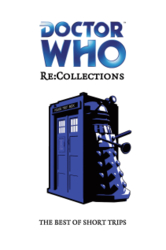 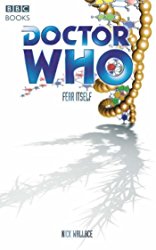 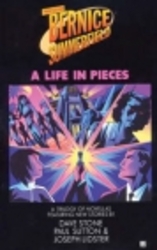 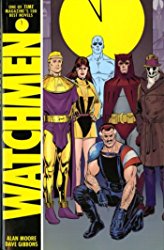 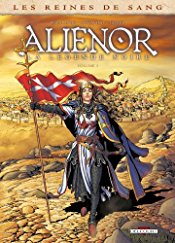 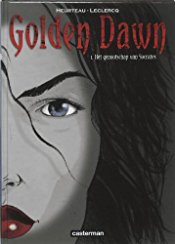 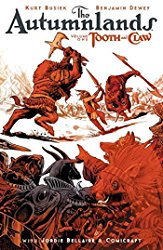 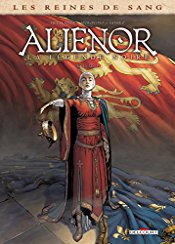 Reading now
L'equation africaine, by Yasmina Khadra
It Can't Happen Here, by Sinclair Lewis
The Fall of Hyperion, by Dan Simmons
Coming soon (perhaps):
Nine Gates: Entering the Mind of Poetry, by Jane Hirshfield
"Gonna Roll the Bones" by Fritz Leiber
Quoth the Raven, by Jane Haddam
Looking For JJ, by Anne Cassidy
Ys de Legende: v 1 Verraad, by Jean-Luc Istin and Dejan Nenadov
The Story of General Dann and Mara's Daughter, Griot and the Snow Dog, by Doris Lessing
Providence, Act 1, by Alan Moore and Jacen Burrows
Daystar and Shadow, by James B. Johnson
The Island Of Doctor Moreau, by H. G. Wells
Woman on the Edge of Time, by Marge Piercy
He, She and It, by Marge Piercy
Tangle Of Fates, by Leslie Ann Moore
The Universe Between, by Alan E Nourse
Toast, by Charles Stross
Planesrunner by Ian McDonald
Seventeen Equations that Changed the World, by Ian Stewart
Gulliver's Travels, by Jonathan Swift
So, Anyway..., by John Cleese
Julian, by Gore Vidal
The Tree of Life, by Mark Michalowski

Now your turn. How much has your reading overlapped with mine this year? People with Facebook, Twitter, Dreamwidth and maybe even Google accounts should also be able to participate. The books are listed in order of LibraryThing popularity, apart from the last category.

(NB that I'm not doing an end-of-year poll of my unread books this year. The increasing desolation of Livejournal just makes it much less fun, and my current reading list system is delivering me plenty of quirky reading choices, which was the original goal.)
Collapse