I re-watched the 1966 Doctor Who story The War Machines last night, in preparation for tomorrow - it's the last surviving complete story with William Hartnell as the Doctor, and introduces Michael Craze and Anneke Wills as new companions Ben and Polly, while also writing out Jackie Lane as regular companion Dodo (of whom I have written before).

Googling around, I came across these pictures in the Getty Images collection, all three supposedly featuring Jackie Lane and two of them also supposedly showing Michael Craze. They are identified, in French, as actors from the British science fiction series Doctor Who, and the photographs are dated to around 1960, ie six years before The War Machines was shown and three before the start of Doctor Who. (Click on each picture for licencing details.) 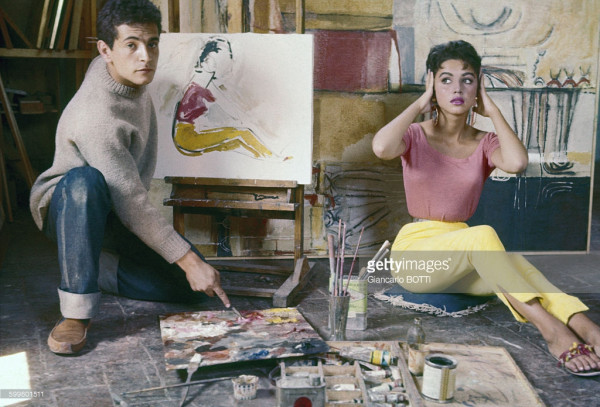 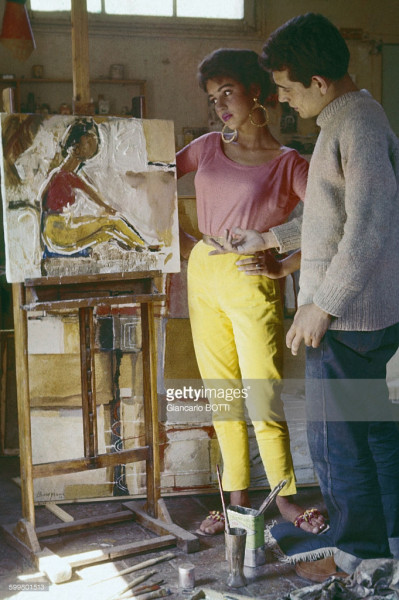 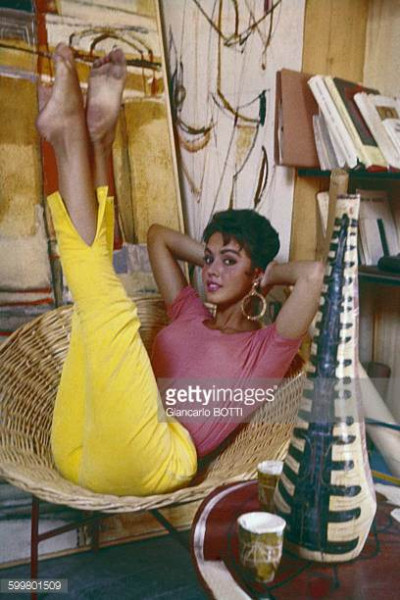 Fellow fans will immediately spot a complication: the people in the pictures are not the actors from the British science fiction series Doctor Who. Here are Michael Craze, Jackie Lane (middle) and Anneke Wills (right) in their first scene together in The War Machines. 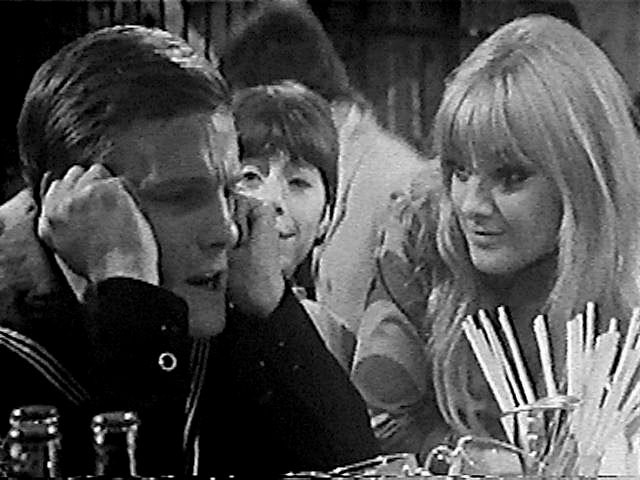 Now, I think I can solve half the problem. There is more than one Jackie Lane. The very glamorous Jocelyn Lane, four years older than the Doctor Who actress (starred with Elvis in Tickle Me, eventually married a prince), is often referred to as Jackie, and her hair style of the late 1950s makes her look very like the woman in the Getty pictures. Here she is in The Gamma People (1956) with Paul Douglas and Leslie Philips, and in These Dangerous Years (1957) (pictures from IMDB). 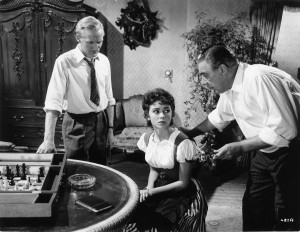 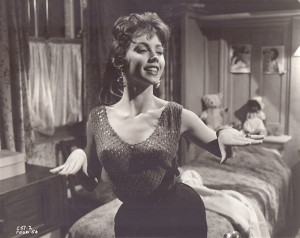 So what about the man in the pictures? He's clearly an artist, I would venture to say a British artist from the sensible pullover and jeans (or possibly French given the languiage of the Getty Images description). But I don't really pick up any other clues. Presumably the picture that he is painting was eventually finished and is on display somewhere. 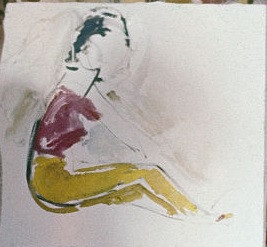 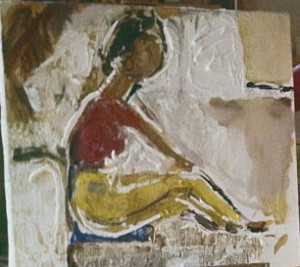 The photographs appear to be credited to Giancarlo Botti (1931-2009), a very successful photographer best known for his black and white work. However, I found one collection of his photographs with a number of colour pics from around 1960: so that checks out. It’s a little unusual for Botti, who generally went for portraits rather than action shots; of course this was rather early in his career.

I also venture a guess that the photographs are from the 50s rather than as late as 1960. By 1960, Jocelyn Lane had adopted a much more bouffant hairstyle, and also I think she looks very young, possibly still a teenager, in the Getty photos (she was born in 1937). However, against that I must admit that I have not found any photos by Botti dated from before 1960. Still, he would have been 29 in that year and must surely have been using a camera for some time.

I briefly entertained the possibility that the man in the Getty pictures might be Botti himself, going by the pictures on his Facebook fan page. On balance, I think not; Botti had a stronger chin than the artist, whose hair is darker and curlier. What do you think? 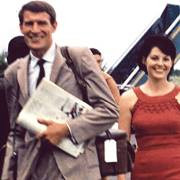 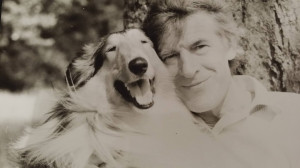 Update 12 February 2018: I have contacted Getty and they have rewritten the descriptions of the photographs to agree with my conclusions.

Current
The Fall of Hyperion, by Dan Simmons
The Story of English in 100 Words, by David Crystal
It Can't Happen Here, by Sinclair Lewis