Sygtrygg was glad to be getting back to what he understood best: the organisation of a vik. The like of his mood hadn’t been seen since before Orm’s death. With the responsibilities of lord had come the grim business of settling troubke instead of starting it, and Sygtrygg has never been stellar in that role. Now that he was busy outfitting the ships, he made jokes, displayed unaccustomed largesse to his thanes and thralls, and once burst into song in the hall, startling everyone into a silence so awful you could hear the thatch mice moving in the roof.

This had been on my list of science fiction and fantasy books set in Ireland for a very long time, and I must admit I've found so many of those books to be stereotypical Celtic misht rubbish that I was reluctant to pick this one off the shelf. My heart sank further when I was confronted with the maps at the front of the book: 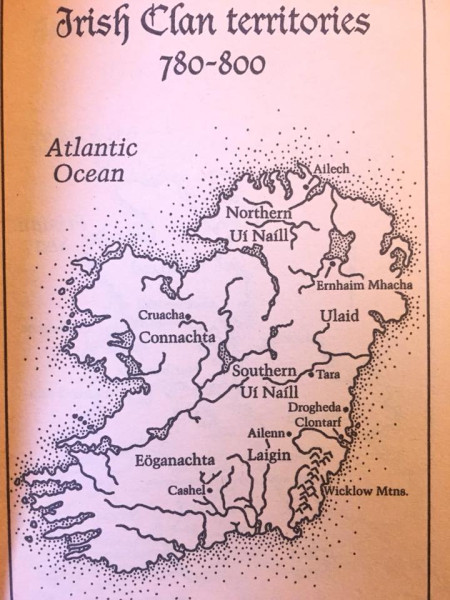 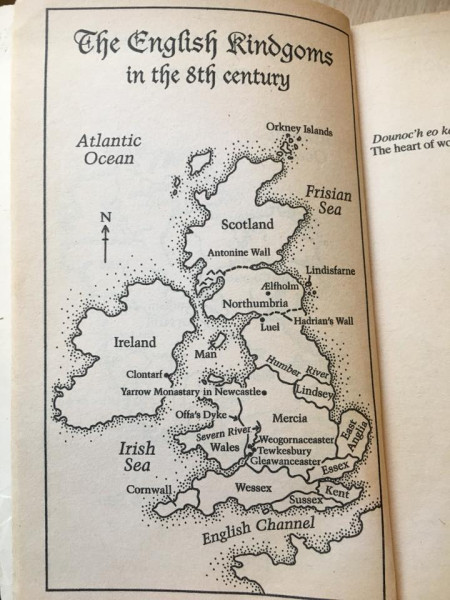 Meanwhile, in the English Kindgoms (sic) Jarrow has mutated to Yarrow and moved to the wrong Newcastle. And I don't think Northumbria was exactly there.

But in fact it's much much better than I expected after this unpromising start. Barnitz has done a good job of a light-hearted historical fantasy novel set around the archipelago, with lots of different eight-century tribes and customs, which actually seemed to me to be straight historical fiction until the dragon came into the story about half way through. It’s a coming of age novel that doesn’t take itself too seriously but is nonetheless a fun read. I’d read more by this author.

This was the sf book that had lingered longest unread on my shelves. Next on that list is The Universe Between, by Alan Nourse.
Collapse