I'm in D.C. for a few days, and have been musing on the geography of the city - how the familiar grid of streets attempts to drown out the underlying landscape, and sometimes succeeds.

Googling around historical maps, I discovered Don Lockwood’s fascinating 1990 reconstruction of the topography of the Federal City as it would have been in 1791, before the building started. Here’s the central stretch: 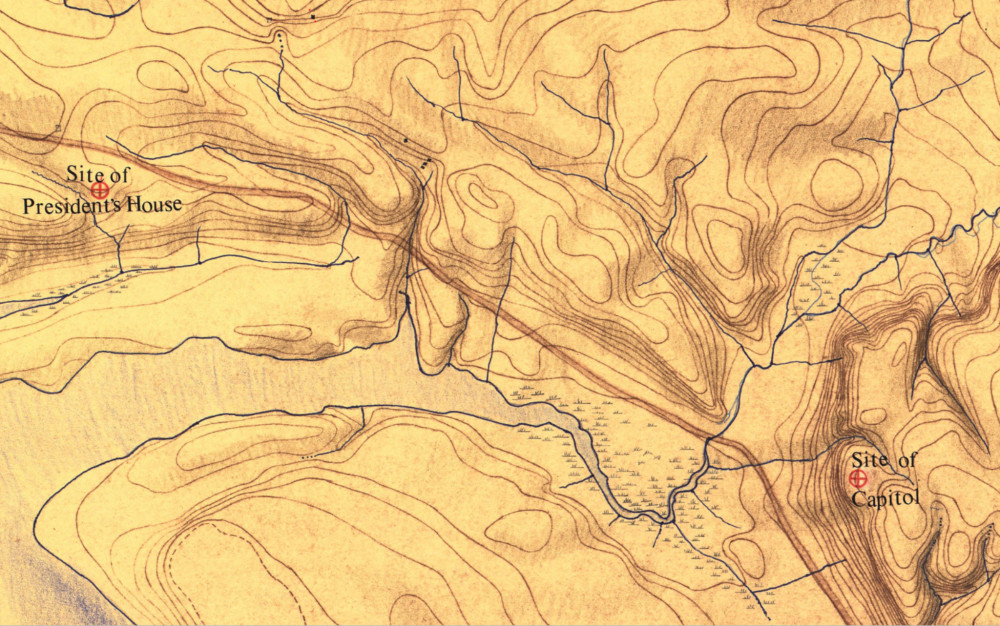 Isn’t it interesting that the old shoreline path (the Ferry Road) was not all that far from the later route of Pennsylvania avenue?

And my attention was caught by the clustering of contour lines, with a spring emerging from them, to the northeast of the future site of the White House. The spring - two springs, in fact - fed a creek that flows southeast and then south, before joining the Tiber Creek estuary. The heads of the spring seemed roughly to be in the location of today’s Franklin Square. Was there any historical record of it, I wondered?

And actually, yes there is. This map from Thomas, Cowperthwait & Co's 1850 Atlas gives the creek a slightly different but recognisable course (and let’s bear in mind that Lockwood possibly used this map, or a version of it, as the basis for his imagined 1791 topography): 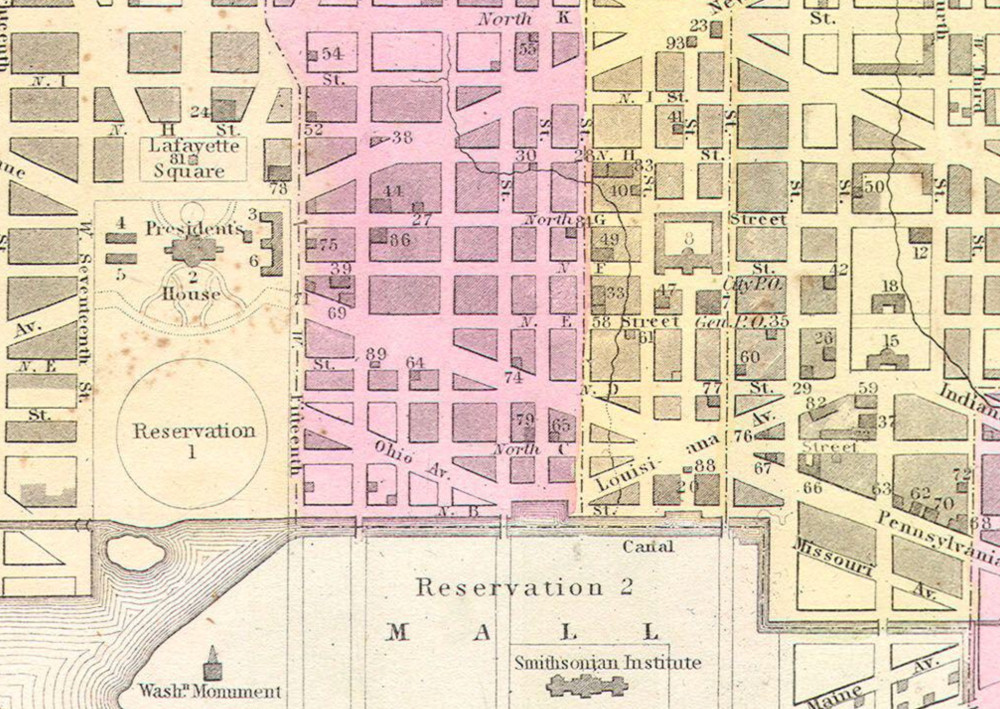 There are two springs marked in Franklin Square, with streams joining in its southeast corner; the creek is shown flowing south along 13th Street for a block, then heading east between G and H Streets, then directly south between 9th and 10th Streets, past the Patent Office (now the National Portrait Gallery) before flowing into the canal opposite the Smithsonian. A rather odd street, G Place, now runs east-west between 9th and 10th Streets, bisecting the block where the map shows the creek turning the corner.

The creek would have flowed through the backyard of Ford’s Theatre (which is labelled 33 on the map, then the First Baptist Church), where John Wilkes Booth had his getaway horse waiting after his fatal attack on President Abraham Lincoln. The last two blocks of its course are now occupied by FBI headquarters and the Department of Justice. (That first part of Louisiana Avenue, part of the infamous Murder Bay in the old days, has been obliterated by the DoJ, and the rest of that end of it is now Indiana Avenue.)

It's also marked, with much the same route, on Faehtz and Pratt's 1874 reconstruction of the pre-development landholdings of the site of the city, rising on the land of John Davidson and flowing through the land of David Burnes. 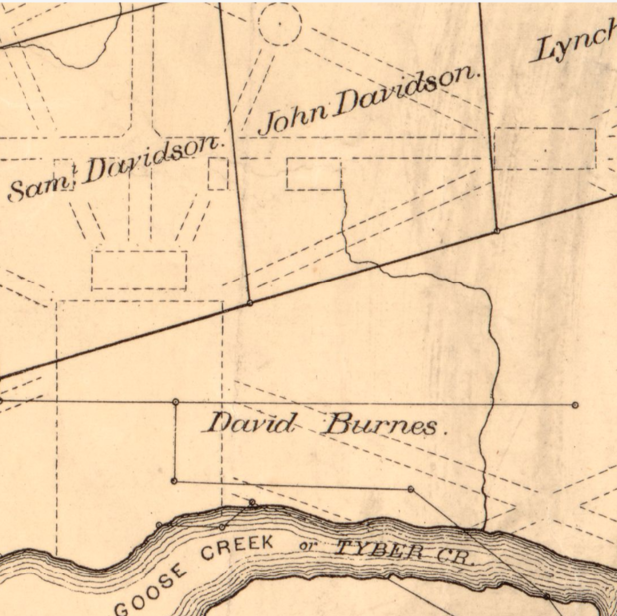 Here's my attempt to draw it onto the map of downlown DC today (click to embiggen). 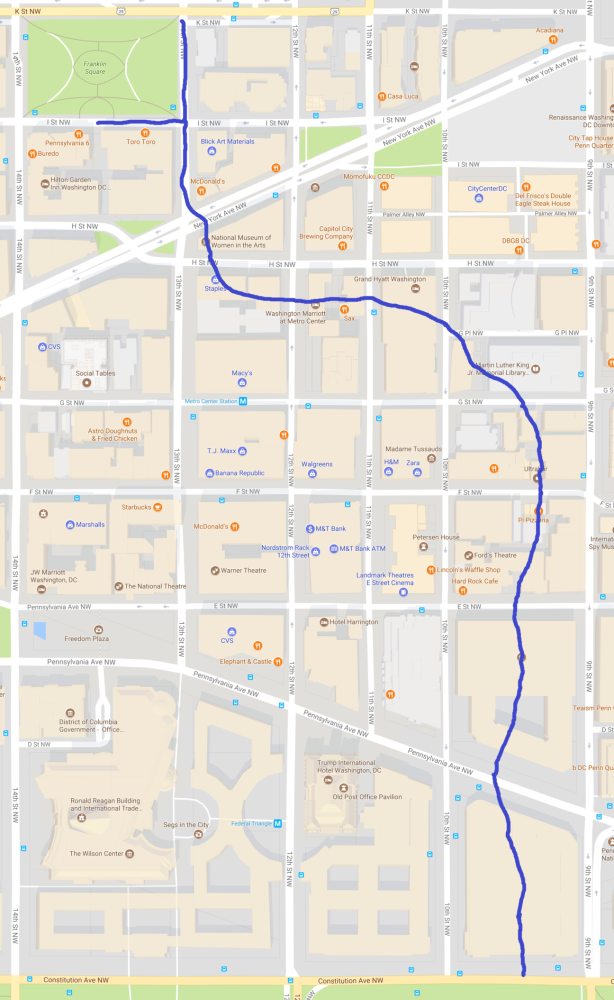 But I think you can detect its legacy in some of the building plots and shapes that survive to the present day. I find the gap to the west of the Martin Luther King Memorial Library particularly suggestive.

We're used to the mildly hidden histories of great (and also small) European cities. But the newer cities of America have their own hidden depths as well.