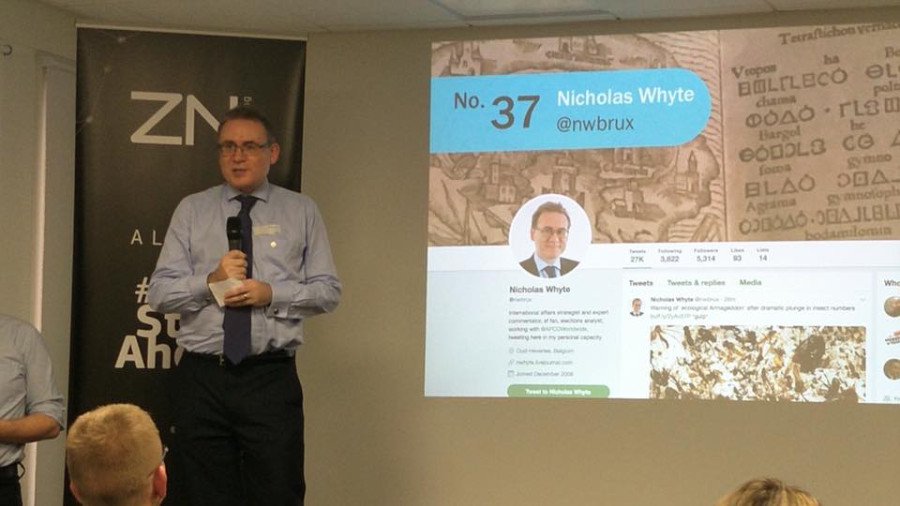 At a glittering (well, actually somewhat overheated) ceremony on Thursday night, the list of the top forty EU Digital Influencers, as calculated by a rigorous and scientifically determined algorithm, was announced by EurActiv and ZN Consulting. The list was selectively drawn from Anglophone Twitter users, excluded sitting MEPs and Commissioners, but included their spokespeople, and also other EU officials and journalists, and former Commissioners and MEPs. Slightly to my surprise I scraped into the list at #37.

My glory was slightly muted by the fact that the official infographic illustrated me with a picture of former Swedish prime minister Carl Bildt (who came in at #17). But I still said a few words when invited to do so by the organisers (from 37:40 here). Only two other people who work for consultancies made it - a former MEP at #13, and another chap at #40.

I don't think many people would dispute or begrudge the top spot being awarded to Australian journalist Ryan Heath, whose POLITICO Playbook morning briefing has established itself as the essential start to the day for most of us working in EU politics. I'm a bit more dubious about the fact that the next two places were taken by European Commission spokespeople, who actually tweet as part of their job. Fourth and fifth palce went to gadfly parody account @Berlaymonster (whose response was characteristically splenetic) and Jon Worth (who was more gracious).

These things are really just a bit of fun. Back in my young days I took the Diplomacy Zine Poll awfully seriously, and more recently it's been the Hugo Awards (whose ceremony had roughly twenty times the attendance of Thursday night, and whose reults will probably be remembered for a bit longer). Still, I'm putting it on my professional creds, and I shall wear my commemorative hashtag pin with a smidgeon of pride. 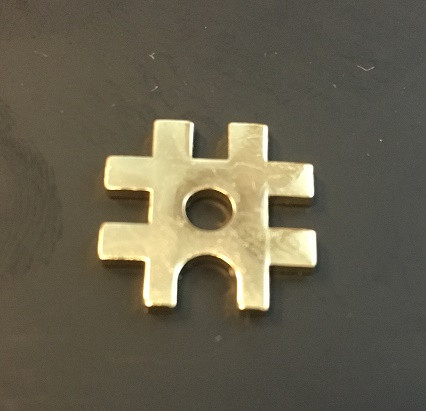 As a species we are strongly imitative and it is impossible for a healthy individual to grow up and live in a community without becoming infected with its typical-action patterns. The way we walk and stand, laugh and grimace, are all subject to this influence.

This is the third of three books on human behaviour which I read over the last few months and am writing up this week. This one was recommended to me by Sir Graham Watson, and I got it as part of my belated birthday spending of Amazon vouchers.

It's the 2002 update of the 1977 book Manwatching: A Field Guide to Human Behaviour; Morris grumbles a bit about having to change the title in these new times, but then he gets on with the serious business of looking at different things that we do with our bodies to for specific non-verbal communications - 488 pages worth, with loads of diagrams. To be honest, I found it entertaining rather than enlightening; there is no over-arching theory other than that it pays to pay attention to what people are doing as well as saying. It is interesting to see how some gestures can mean quite different things in different countries - in some places the beckoning gesture that I use, moving my hand towards me, actually means "go away"; my daughter's habit of telling us not to bother her by pushing her open hand towards us is amusing here but extremely rude in Greece. But I felt that of the three books I've written up here this week, I possibly learned least from this. (Must go back and re-read The Naked Ape; it boggled my mind as a teenager.) 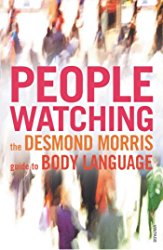