Current
Watchmen, by Alan Moore and Dave Gibbons (a chapter a month)
The Famished Road, by Ben Okri
Peoplewatching, by Desmond Morris
Space Helmet for a Cow, vol 2, by Paul Kirklees

Next books
The Dancers at the End of Time, by Michael Moorcock
Alexander the Corrector: The Tormented Genius Whose Cruden's Concordance Unwrote the Bible, by Julia Keay
1434: The Year a Chinese Fleet Sailed to Italy and Ignited the Renaissance, by Gavin Menzies

You've got a couple more weeks to catch the Pink Floyd exhibition at the Victoria and Albert Museum, Their Mortal Remains, before it finishes on 15 October. I went yesterday with S, who took much better pictures than I did, so I am using hers as well as mine. (This is one of hers.) 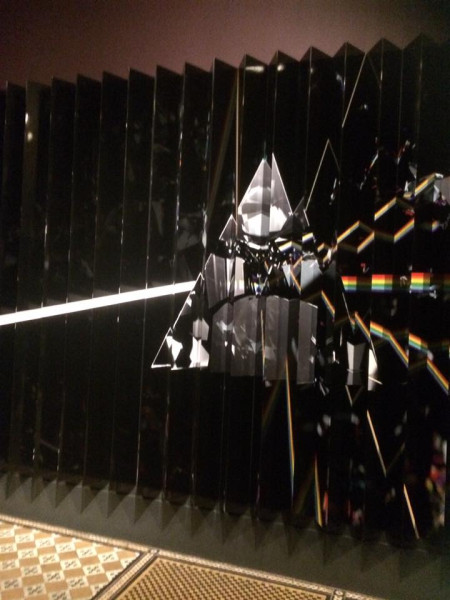 First off, I'd never actually been to the V&A before in all my years of visiting London. It is pretty extraordinary and would clearly well repay another visit. The Pink Floyd exhibition is very popular - I missed the window for buying tickets online, and turning up at opening time on Saturday morning at 10 am, the earliest available slot was 1215, and it was really crowded inside. Weekdays are probably easier. It was a nice day so we were able to enjoy both elevenses beforehand and lunch afterwards in the V&A courtyard. 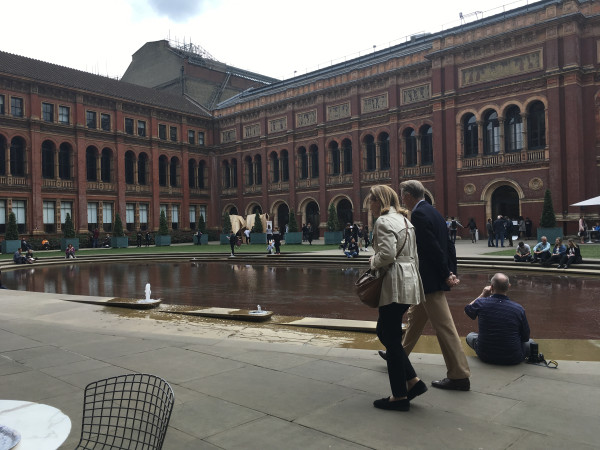 The exhibition itself is total audio immersion (as you would hope and expect) with different corners of different rooms featuring interviews with the band members and those who knew them. The first display was a map of Cambridge which evoked nostalgia for me and S (we served a term togerther on CUSU together long ago), marking out important places for the band (though of course they actually met and started playing together in London). The Syd Barrett material was rather moving, and suspended above the first exhibition room was purportedly the original Bike. 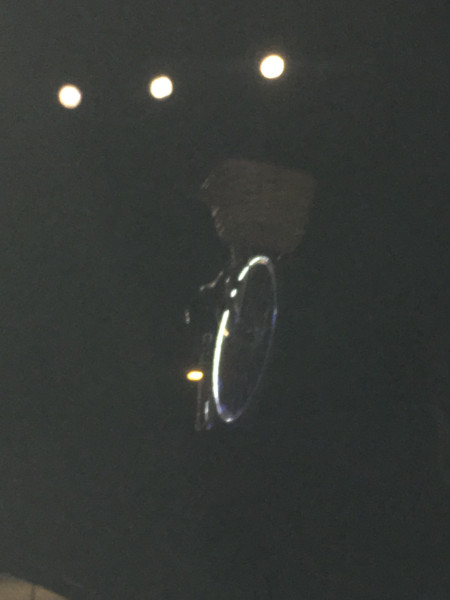 I had not known that Pink Floyd did some incidental music for late 1960s films, and also performed a piece for the BBC coverage of the first moon landing (this video isn't in the exhibition, I dug it out later):

A lot of the exhibition is about the cover art, and here S got some very good pictures: 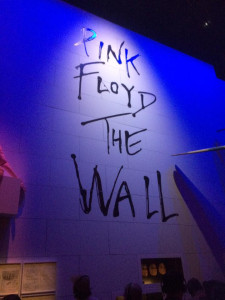 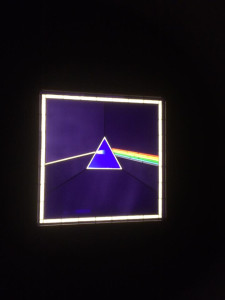 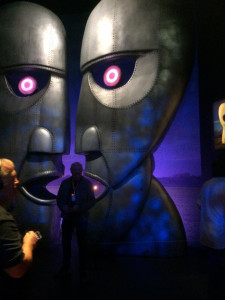 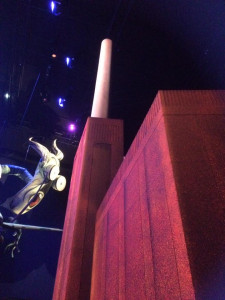 There is a great interview with the stuntman who is on fire on the front cover of "Wish You Were Here": 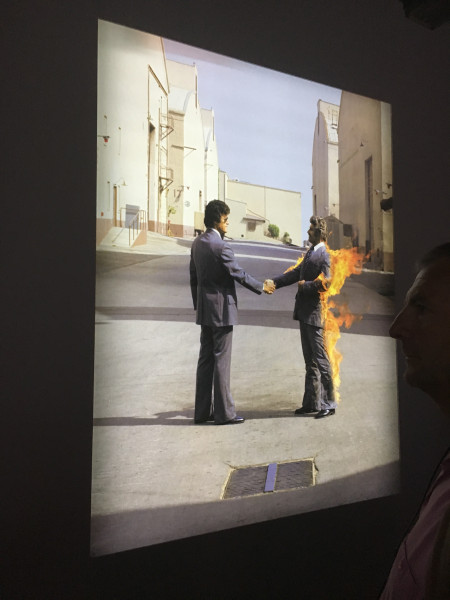 I completely failed to get a decent selfie of us in front of the Monosee picture from the inside cover: 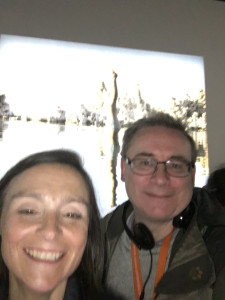