Second paragraph of section 3 in each book as follows:

1) The Spaceship Graveyard, by Colin Brake

'That's not the answer,' he [the Doctor] says quietly.

Determined to dislodge you, the creature tries another tactic. It backs towards the nearest section of the Arena's perimeter, and rears up, in an attempt to crush you against the wall.

3) The Time Crocodile, by Colin Brake

'It looks a bit like any other zoo,' you tell the Doctor.

4) The Corinthian Project, by Davey Moore

He appears to be wearing an old navy uniform - a thick blue wool jacket with gold buttons and a white woollen pullover beneath. A gold badge on his chest says Jacques.

5) The Crystal Snare, by Richard Dungworth

The creatures escort you and the Doctor roughly along the tunnel, until it opens into a large chamber. The chamber's walls are coated with the same luminous green substance that lines the tunnel. A large, transparent cylindrical pod occupies the centre of the floor. Inside it you can see fifty or so human beings, each enclosed within a capsule of blue gel.

6) War of the Robots, by Trevor Baxendale

'What was that thing?' asks Martha.

'I'm sorry if my appearance frightened you,' he says. You mention seeing him at the chapel and he says, 'Yes! I was leaving to meet Akemi and Teah. We meet at the old fairground - no one comes here.'

'Is that something different to StarBase Gamma?' you ask. The Doctor nods, grimly.

Before you can take in your new surroundings, the Doctor pulls you down behind a large cabinet. As you peer cautiously around it, you see why.

11) The Dragon King, by Trevor Baxendale

There's no way you're going to get out of this on your own. You have to call for help, even if it means the native with the bow and arrow!

12) The Horror of Howling Hill, by Jonathan Green

You join Martha and the Doctor in peering through the grimy, cobweb-choked windows but can see nothing as there are no lights on inside.

13) The Coldest War, by Colin Brake

'We need them to find the Dx87kk=$si2£,' he tells the Doctor. [It's a malgunctioning translation machine.]

14) Claws of the Macra, by Trevor Baxendale

'Doctor!' Rory shouts, getting up and running over to the retreating figure. 'Don't you think it would be better to ask around the village first? Try and discover why these aliens might want to come to Betul?'

16) Empire of the Wolf, by Neil Corry

But that doesn't shock you. Nor does the column of light reaching endlessly into the sky, filling the place with so much radiance that it bleaches the colours from everything. The bean itself is fascinating, with swirling strands rising through the beam towards the heaves. Its power seems immense.

I've written up the Old Who game books previously - six not hugely impressive British ones from the 1980s and two rather better American ones of the same vintage. There are also two Twelfth Doctor Choose Your Future books; but these are the sixteen Decide Your Destiny books, the first twelve featuring the Tenth Doctor (mostly with Martha) and the last four with the Eleventh Doctor and Amy.

Colin Brake is the lead author here, with five of the sixteen to his credit. He has written a bunch of other Who books, of which the most memorable for me is the only Doctor Who story set in Brussels. To my surprise he has varied the format a bit from the usual solo game books that I am familiar with. I am used to these books having a core narrative which then,reader is guided along, but several of his books lead to very divergently branching storylines which are basically incompatible in the same universe. It means you could read the book several times and get interestingly different outcomes, but also somewhat dents the sense hat this is a coherent world.

Even more surprisingly, the reader is given choices to make about the plot that come from a very different direction to other solo game books that I have read. For instance, the very first section of the first book ends thus:

If the [Tardis] engines respond and fire back into activity, go to 63. If nothing happens, go to 79.

So you get to choose whether you are going to read a story where the Tardis starts working again, or one where it doesn't. I don't recall ever coming across that before (and it's only Brake who gives the reader that sort of choice in these books). Is it common, or at least not unknown, in computer games? Unfortunately the choice you make then doesn't have a lot of impact on the outcome, as you tend to end up in the same place either way.

There's not a lot to say about the rest of them. The four Eleventh Doctor books bring back TV monsters: the Sycorax, the Macra, the Judoon and the werewolves from Tooth and Claw. They also at the time featured on-line tie-in material on the BBC website, which possibly is the cause of two sets of orphaned pages in The Coldest War which aren't reachable though the hard copy text.

One other point that struck me was that in most of the books, there are no unhappy endings - you struggle through until you reach a resolution which is usually some degree of the doctor and friends wining and the baddies losing. The exception is the very last, Empire of the Wolf by Neil Corry (who it should be noted also wrote for the Doctor Who game magazine Battle In Time) whwere a majority of the potential endings have "you" turning into a werewolf - including, most unfairly, one which is reached in only two steps from the opening chapter (both of which involve running away).

The best of these for my money is the last of the Tenth Doctor ones, The Horror of Howling Hill, well written and interestingly structured by Jonathan Green, with lots of interesting incidental characters and colour. (He also wrote a less brilliant Eleventh Doctor novel.) I'll give you the opening section, just to give you a taste:

Hearing the unexpected hooting of an owl, you suddenly notice how dark the sky has become. Black rags of cloud scud across the darkening velvet blue of night. You had not realised it was so late, and you are still some way from the cottage. The deal was that you could stay out at the playing fields, by yourself, until dusk - then you had to hurry home.

But now night has already fallen and you’re still nowhere near your holiday house.

You’ve been there almost a week, enjoying a short country break with the rest of your family on the outskirts of the pretty, chocolate box Wiltshire village of Caernbury. Like Stonehenge and the stone circle at Avebury, Caernbury is steeped in the myth and mysticism of the Stone Age people who used to claim these lands as their tribal hunting grounds.

The owl hoots again, an eerie sound cutting through the night, and you cast your eyes towards the silhouette of the hill away to your left. On its crest, visible against a smattering of stars between the dark shapes of scrubby, wind-blown trees, is the solid black form of the long barrow. The ancient burial mound is one of the local tourist attractions that have put Caernbury on the map. Locally the feature is known as Howling Hill.

It is just at that moment that the owl’s screeching cries are silenced by a terrible mournful wail, which echoes around the hillside and over the dreaming village beyond.

You freeze, your blood turning to ice water in your veins. You have never heard anything like it, and you are convinced it came from somewhere nearby. Then the cry comes again, like some unearthly animal wailing, only closer this time. You are not alone. 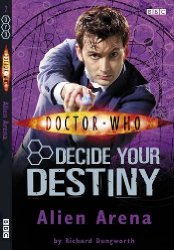 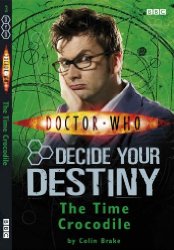 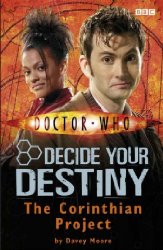 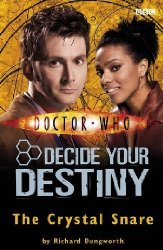 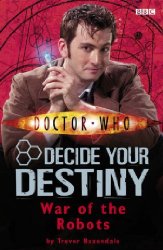 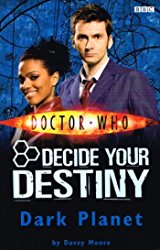 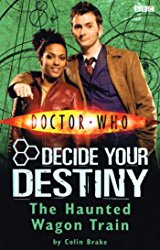 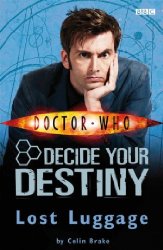 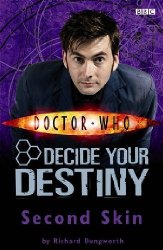 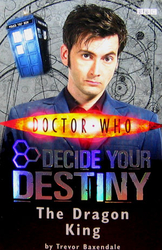 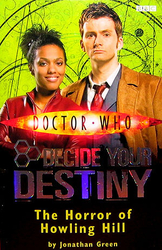 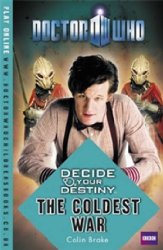 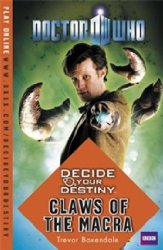 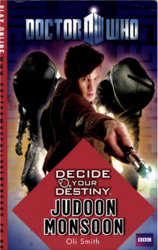 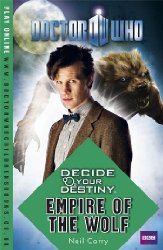 Current
Watchmen, by Alan Moore and Dave Gibbons (a chapter a month)
The Famished Road, by Ben Okri
Peoplewatching, by Desmond Morris

Next books
The Dancers at the End of Time, by Michael Moorcock
Alexander the Corrector: The Tormented Genius Whose Cruden's Concordance Unwrote the Bible, by Julia Keay
1434: The Year a Chinese Fleet Sailed to Italy and Ignited the Renaissance, by Gavin Menzies
Collapse