That was good news. The sooner they realised that everything was running as it should, the sooner they would leave him [Delitsky] in peace. He was about to turn back to his instruments when he caught sight of Johanna Teske making her way across the control room towards him.

Given yesterday's demise of the Cassini probe in the atmosphere of Saturn, it was timely to read this Twelfth Doctor novel set in precisely that location, in a future where humans and their alien allies are mining the rains of pure diamonds that occur amidst the clouds. Tucker when on form is one of the best Who novelists writing at the moment, and here he is on form - great characterisation of the Doctor and Bill, a nice mystery saboteur plot which ends in a decent twist, loads of fan service for previous Who stories both Old and New, and tight writing. This was the first of the three Doctor-and-Bill novels this year (I accidentally read the second one already) and it's a good start. 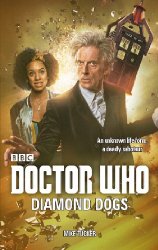 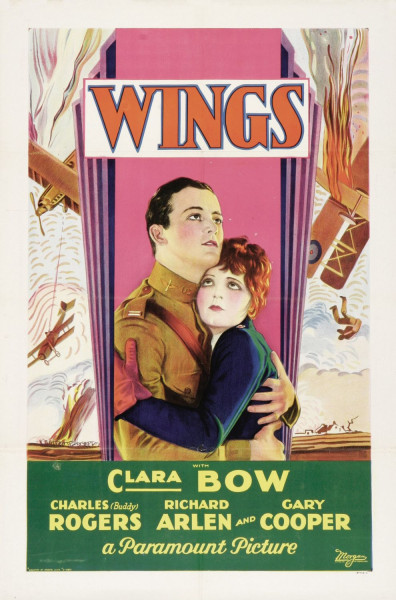 I have a vague ambition to improve my rather dismal knowledge of cinema by watching all of the winners of the Oscar for Best Picture (or equivalent). If I do them at the rate of one a month or so, I should finish roughly around the time of the centennial of this, the winner of the Academy Award for Outstanding Picture of 1927/28 (not yet called the Oscar).

I had no expectations whatever of Wings. I don't think I've ever previously seen a film with Clara Bow, the star, or even with Gary Cooper, who has a small part as the first character to get killed. So, going from bad to good, my totally spoilery impressions were:

Whiteness: I don't think I spotted a single non-white face. I thought at one point that they were about to introduce French colonial troops, but they were white too.

Plot: It's pretty obvious what's going to happen as soon as you see the set-up of Mary (Clara Bow) loves Jack (Buddy Rogers), who loves Sylvia (Jobyna Ralston), who loves David (Richard Arlen), and Jack and David go off to war, and David takes his teddy bear mascot with him (which obviously means he will be killed). Though getting David accidentally killed by Jack in a friendly fire incident was a slightly unexpected twist.

Also fails the Bechdel test - though there are several women characters, they hardly ever talk to each other, and never about anything except men.

However, one has to give the film a lot of credit for attempting a not too glamorous portrayal of air combat in the first world war less than ten years after it had happened - as recent for the makers and audience as Obama's first election and the global financial crisis are for us today, and of course still raw and unspeakable for many.

Make-up: I know intellectually that you just have to accept this as part of the conventions of film production of the era, but the vast amount of make-up on Buddy Rogers, playing Jack the hero, including during battle scenes, somewhat threw me out of the zone (particularly since few of the other men seem to wear any). Clara Bow's make-up is also laid on pretty thick but there's less of a divergence with other women either on the screen or in real life.

Comic relief: There is a comic German recruit, who is mocked by his fellow soldiers until he shows them his "Stars and Stripes Forever" tattoo. Twice.

Locations: I'll come to the battle scenes below, but mostly they are set in San Antonio, Texas, which does not look very much like Northern France. There are however some excellent exterior shots set in Paris, presumably a combination of back projection and good set design.

Acting: As noted above, the plot isn't up to much, but the actors give it their all - I felt in particular that Clara Bow lived up to her reputation, and got quite a lot to do ranging from comedy to deep emotion; and here Buddy Rogers as Jack comforts Richard Arlen as the dying David (who he has accidentally killed) with reputedly the first same-sex kiss in a mainstream Hollywood film:

Richard Arlen, playing David, had actually served in the Royal Canadian Flying Corps, but never saw combat. Both he and Buddy Rogers did some of their own flying, which I'm sure would be regarded as horrendously risky for a major star to do today.

Cinematography The other Academy award won by Wings was for Best Engineering Effects, and that was richly deserved. There is a lot of absolutely breathtaking action in the aerial combat scenes. I griped earlier about Texas pretending to be France, but the air is the air and the clouds are the clouds. It does go on a bit (the film is 144 minutes long - and we complain about film length these days!) but if you have loads of material you may as well use it. In these days of CGI spacehips and dragons, it's sobering to realise what could be done 90 years ago with basic authentic equipment.

The fights stand out but there is some brilliant work elsewhere as well - this fanvid starts with perhaps the film's most memorable shot, tracking through a Paris night club until we find Jack getting drunk with the girls (supposedly Buddy Rogers had never touched the stuff before and really was drunk; not sure if I believe that):

Anyway, it took me two evenings to watch it all, but I'm glad I did and it gives me confidence that this project is worth pursuing. Next up is a very different film: The Broadway Melody of 1929.