We took a few days in London at the end of last week to celebrate F's 18th birthday, renting an AirBNB on Bedford Street between Covent Garden and the Strand; you can't do much better than that really in terms of localtion. I had to work Wednesday and Thursday, but Anne and F went to Bletchley Park and enjoyed it.

We went to the Clarke Award ceremony on Thursday evening - I was pretty tired and didn't get around to talking to everyone I wanted to (sorry to those I missed!), but I was rooting for Colson Whitehead's Underground Railroad and therefore very pleased when it won. It wasn't easy to hear the Chair of the Judges, but his speech is here and well worth reading.

On Friday morning, F and I went to London Film and Comic Con in Kensington Olympia - not sure that I had ever been there before. Like all gate shows, there was a lot to buy but much less to actually do; we gave it the full morning, I bought some books and he bought some games, and we bailed after lunch. I did get Deep Roy's autograph, choosing the photo of Mr Sin over the Oompa Loompas. 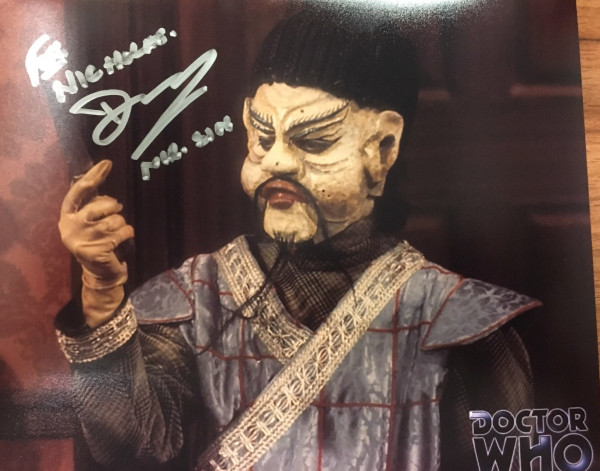 On Friday afternoon, we took in a slightly random attraction: the Roman amphitheatre under the City of London Guildhall. We were lucky to be there on the very day that the skull of a suspected gladiator went on display, as part of a city-wide season of exhibitions and events about Roman London which runs to the end of October. Strongly recommended if you are in the area (or even if not; we walked there from our flat in about half an hour).

And on Saturday, we fulfilled an old ambition of mine and visited the Tower of London. Yes, there were long queues, and our guided tour group, led by a genuine Beefeater, was around 70 in number which is too big really. But if you have the slightest interest in English (or insdeed Irish) history it's a fascinating place. It was especially interesting to get there so soon after reading the biography of Katherine Howard and visiting the Leuven exhibitions about Thomas More. 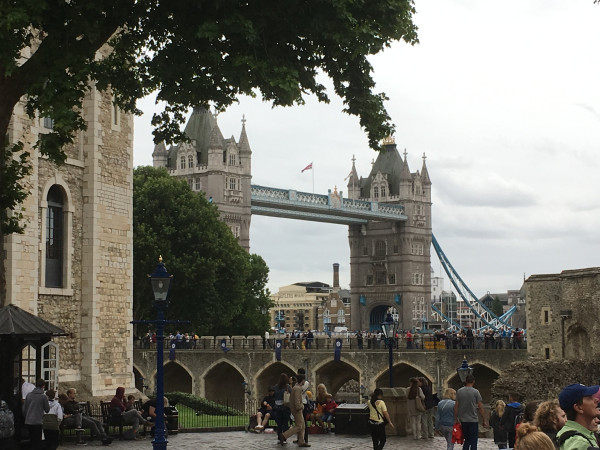 We popped around the corner to St Olave's Church to try and see Samuel Pepys' grave and the bust of his wife Elizabeth, but unfortunately it's closed on Saturdays. Another time.