I told him what had happened, and he said, "That was a Ouija board!"

Hawjan is a jinn who falls in love with a human girl, Sawsan; and wrestles with his own supernatural family and the forces of magic, at the same time mildly critiquing the structures of society in Saudi Arabia (though not much in so far as the status of women is concerned). The book was a huge best-seller, if controversial, in Saudi Arabia and the wider region, and apparently will be filmed soon. I must say I'm not a huge paranormal romance fan in normal times, but it was interesting to see the tropes adapted to a very different cultural setting.

This was my top unread book by a writer of colour; since then I've acquired The Famished Road by Ben Okri, which goes right to the top of that particular pile. 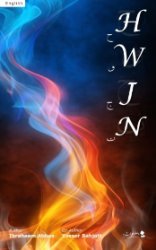