Beyond, the lighthouse stood, and before that, I knew, the remains of a village, also marked on the map. But in front of me was the trail, strewn at times with oddly tortured-looking pieces of heavy white driftwood flung far inland from past hurricanes. Tiny red grasshoppers inhabited the long grass in legions, with only a few frogs present to feast on them, and flattened grass tunnels marked where the huge reptiles had, after bathing in the sun, slid back into the water. Above, raptors searched the ground below for prey, circling as if in geometric pat-terns so controlled was their flight.

Control didn't recall much beyond the raw information from those prior times, but talking to the Voice made him nervous. He was sweating through his undershirt as he punched the number, after having first checked the hallway and then locked the door. Neither his mother nor the Voice had told him what might be expected from any report. His mother had said that the Voice could remove him from his position without consulting with her. He doubted that was true but had decided to believe it for now.

You usually start out front, on Chipper's rotting but still functional Safari Adventure miniature golf course, like you used to with your dad when you were a kid. The lions at the ninth hole are a sleeping huddle of dreamy plastic melted and blackened at the edges from some long-ago disaster. The huge hippo bestride the course-ending eighteenth has dainty ankles, and flaked-off splotches reveal bloodred paint beneath, as if its makers had been too obsessed with making it real.

I had previously read the Southern Reach trilogy when it was submitted for the Arthur C. Clarke Award (and we didn't shortlist it); since then, the first volume, Annihilation, actually won the Nebula that year and then someone kindly gave me the three collected volumes for my birthday, not realising that I had already read them. So I gave it another try.

I think that Annihilation is a very strong opener, a story of a scientist sent as part of an investigating team - the latest after many failed missions - in a mysterious and dangerous area, discovering only slowly that she is more a part of the mystery than she had realised. The tone is eerie and detached, and the book itself quite short. It was well worth revisiting, and apparently there will be a film of it out next year starring Natalie Portman and Jennifer Jason Leigh and written and directed by Alex Garland.

I'm still surprised that it won the Nebula. Three of the other shortlisted books survived Puppy attack to make it to the Hugo final ballot, and I liked them all better - The Goblin Emperor by Katherine Addison, Ancillary Sword by Ann Leckie and The Three-Body Problem by Cixin Liu; the other two were Trial by Fire by Charles E. Gannon (which only just missed the Hugo shortlist) and Coming Home by Jack McDevitt (who appears regularly on the Nebula shortlist). On the other hand, Annihilation alone just scraped the very bottom of the Hugo "long-list" of the top fifteen vote-getters at nomination stage.

My own enjoyment of Annihilation was retrospectively dulled by my failure to enjoy the other two books. Eerie and detached is all very well, but in Authority I lost interest in Control, the central character, and lost trust in the means attributed to the evil government bureaucrats. By the time i reached Acceptance I was really confused about what was going on, not really interested in any of the characters, and frustrated by the lack of resolution of the central plot. A lot of people liked all three books more than I did; that's the way it goes sometimes. 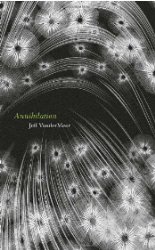 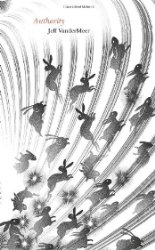 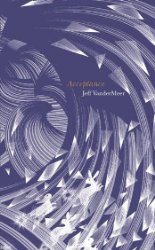