By the end of the fifteenth century, the towns were almost everywhere governed by an oligarchy, a patriciate of rich merchants and property owners. The composition of these oligarchies varied considerably. In England there were hardly any patrician dynasties: after one or two generations of urban success, patrician families and their property tended to be reabsorbed, by intermarriage and land purchase, into the upper strata of rural society. This is one, though not the only, reason for the relatively small size and restricted autonomy of English provincial towns. As a further consequence, the smaller English boroughs were frequently dominated by one or several great county families, who, from the fifteenth century on, tended more and more to represent the boroughs in parliament. In Hamburg members of the knightly class were not allowed to reside in the city. In Lübeck, by contrast, the patriciate were generally landowners. In Frankfurt a small ring of families monopolized the town council. Most Italian cities had tamed the country nobility of their regions by forcing them to live for at least part of the year in the city; but the cost of urbanizing the feudal nobility was high: it introduced their family feuds into the cities where they became mixed up in the social and faction fights of town politics. Only Venice escaped these feuds; but the Venetian patriciate became the most exclusive ruling class in Europe, looking down even on the oldest nobility of the Venetian mainland who could trace their families back to the Lombards of the seventh century. From 1381 until 1646, the Venetian patriciate admitted no newcomers to its ranks — a unique degree of exclusiveness among the European aristocracies of the time. In the rest of Europe the variations were equally great, from the hidalgo-dominated cities of Castile to the complex of business and aristocratic groups ruling the Netherlands cities, with the banking and mercantile plutocracy of Antwerp as another extreme.

I've been digging into the detail of sixteenth-century Irish history so much that I thought it was time to take a step back and think about the wider European context. This is an Open University textbook (probably written to accompany a course) which does what it says on the tin, looking mainly at Western Europe. There is half a chapter on the Ottomans, Russia and the Americas; if Ireland is mentioned, I did not spot it. There are a lot of good set-pieces - Charles V, Henry VIII, the Dutch Revolt, Florence, Luther, Calvin; it was an exciting time in Europe.

I took three main things from it. The first is that the religious situation in the rest of Europe was confused and unsettled for much of the century, so the English flip-flopping between religious regimes in the 1550s and the uncertainty of the Elizabethan settlement has a wider context of which all policy-makers and most international merchants would have been aware. The second is just how marginal Ireland was; the authors go a great deal into the developed economics of the cities, the surrounding countryside and the wider realms, but I suspect that Ireland had never really recovered from the Black Death two centuries before and was only loosely connected to the wider European economy. And the third is that this was an amazing period in the arts and sciences - the authors make the claim that in the sixteenth century, "more of the finest paintings and fresoes of Europe were painted, and in a greater and more contrasting variety of styles, than in any other similar period." I just had a quick look at Wikipedia; it lists over a thousand Italian painters from the sixteenth century. Europe would never look at itself the same way again.

Anyway, no particular Irish insights but useful context for the day when I get to work on my project. This came to the top of the list of non-fiction recommendations from you guys at the end of last year; next up is Common People: The History of an English Family by Alison Light. 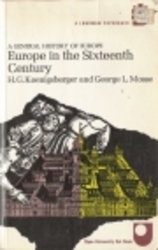