As I walked towards it, I noticed it was some kind of refill station. Cars were parked there, under a horizontal canopy and stationed next to simple-looking fuel-delivery systems. It was confirmed: the cars did absolutely nothing for themselves. They were practically brain dead, if they even had brains.

A novel about an alien who is sent to contemporary Cambridge to wipe out all knowledge of a particular mathematical theorem, and observes the weirdnesses of human society from the viewpoint of an outsider. It didn't really work for me; I found the protagonist a bit too detached, and the afterword to the book which makes clear that it's all Really A Metaphor rather retrospectively spoiled the reading experience for me. Lots of other people seem to have loved the book, but I didn't. (Read in January, only getting around to blogging now.)

This was the most popular book on my unread shelf acquired in 2015. Next up is Etymologican, by Mark Forsyth.

Back in January I managed to score signed copes of the three spinoff novels based on the Doctor Who spinoff, Class; and having watched the whole series, I went to the books to maximise my Class experience. (I wonder if there were comics as well? Perhaps Big Finish will do audios in due course.)

"Of course it is, The biggest. The best."

Set between episodes 2 and 3, this is a decent self-contained story of alien tech exploited by nasty humans - the "Joyride" of the title allows people to take over other people's bodies for a short time, and cause havoc with no consequences to themselves but plenty for their unwilling hosts. Guy Adams wrote a couple of Torchwood books as well (The House That Jack Built and The Men Who Sold The World) which both explored the background of the Torchwood universe in a bit more depth; he doesn't do that so much here, because the palette of present-day human depravity is background enough. Particularly good for Ram fans.

The Stone House, by A.K. Benedict

If the rumours are true then kids have visited and gone missing, that others have died. You'd think that'd make it the perfect place for teenagers to dare and date each other but most stay away. Last time Tanya was here, she'd stepped inside the porch and felt so cold and alone that she ran out and didn't come back. Until now.

A.K. Benedict is a new writer to me, with a couple of novels edging between fantasy and crime, and also a rather fun Torchwood audio, The Victorian Age. This is a straightforward haunted house story, very similar in fact to this year's Doctor Who episode Knock Knock, though with some good moments from Tanya and some great moments from Miss Quill, and with plotline involving a Syrian refugee, also trapped in the haunted house, for a contemporary feel. It's set between episodes 3 and 4. All in the present tense for some reason.

What She Does next Will Astound You, by James Goss

Learning how to make his new leg work? Worth it.

James Goss is one of the most consistently excellent writers in the Whoniverse right now, and he's pulled it off again here: this is a great book, both thrilling and funny, about social media, fake news, memes, and awful alien invasion from a parallel reality (and perhaps the former producer of the BBC's Cult TV website has been thinking about these themes for a while). He even manages to make April's character look interesting (and has some quite good Charlie/Matteusz exchanges). The three books are all pretty decent efforts, but this is the best of them. (Not sure when it is set, but I think also between episodes 3 and 4 is the most likely.)

Alas, there are unlikely to be more of these, but I'm glad we have what we have. 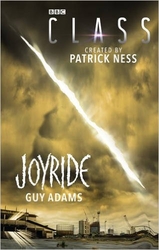 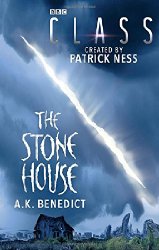 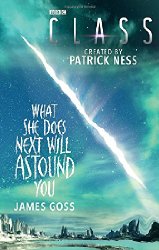 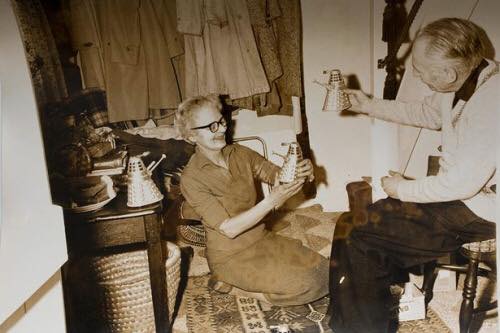 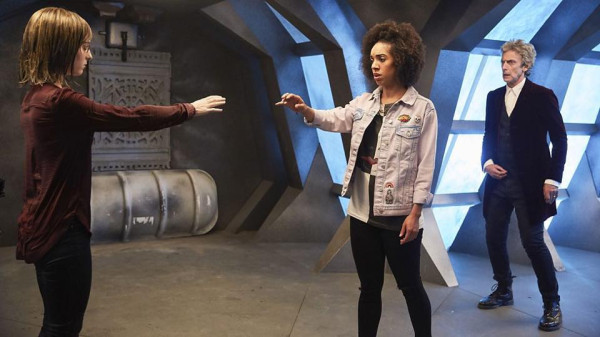