Hackers Came, but the French Were Prepared
How to do it.
(tags: france hacking russia ) 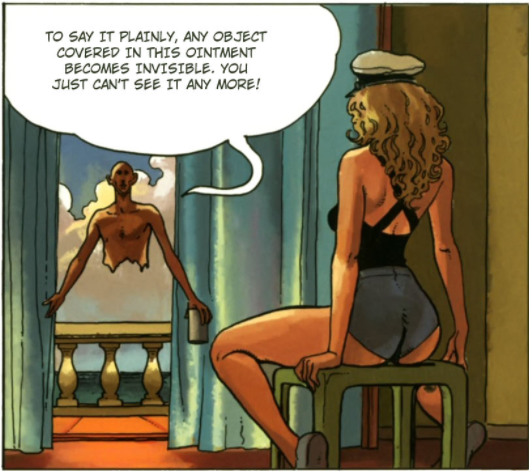 This actually illustrates the premise of the book very well. Our protagonist, blonde cap-wearing Honey, discovers a semi-invisible man in the hotel of her ballerina boss, Beatrice. He is a secret admirer of Beatrice's; he has invented an invisibility ointment which gives away the user's location by its strong smell of butterscotch (hence the title), and much sexy hilarity ensues (for certain values of hilarious). There, aren't you glad I've read it so you don't have to?