Crisis of capitalism? Perhaps, but don't blame it on globalisation
Governments chose austerity; they were not forced.
(tags: economics )
Six in ten around the world think their society is ‘broken’
Though the picture is mixed.
(tags: politics economics )
Trump vexed by challenges, scale of government
Diddums.
(tags: Uspolitics )

I am in Tirana this weekend for a conference, and spent some time in the new Bunk'Art museum, just off Skanderbeg Square in the heart of the city. It's the bunker built for Enver Hoxha and Mehmet Shehu as part of the Interior Ministry in the 1980s - in fact both died before it was finished, and it was never actually used during the Communist period (it is noted that on three occasions post-1990 the government did use it in emergency conditions). 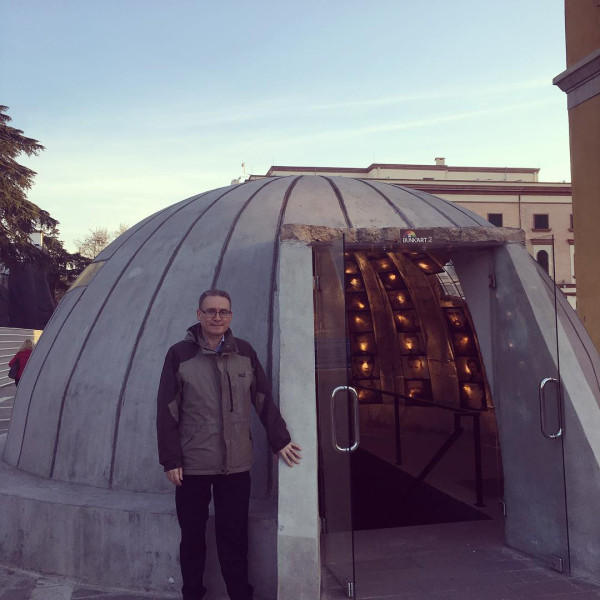 The entrance is oddly sfnal - one commenter made the point that, Tardis-like, it seems bigger on the inside; another spotted the resemblance to a Dalek. Down below, the corridors are as you would expect - bleak concrete. Weird piped music conveying the Hoxhaist aesthetic permeates the atmosphere. 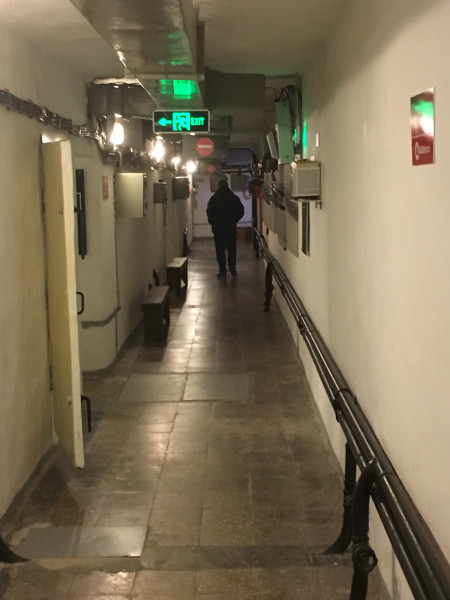 But they have done two things with this bizarre environment. First of all, there is a museum of the history of the Interior ministry occupying the first two corridors. It starts with the relatively benign story of institution-building in a newly independent and fragile state after 1912: 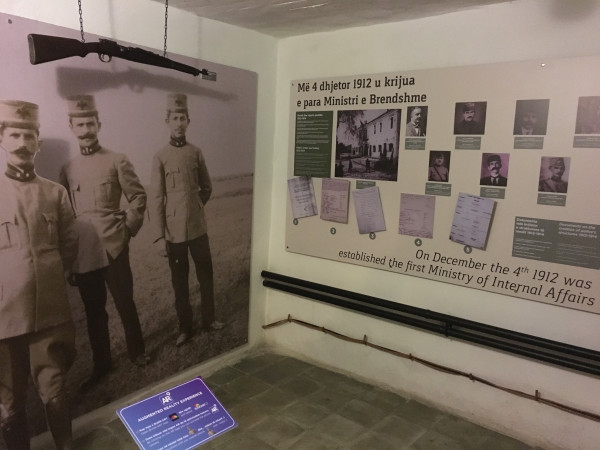 and then goes into the horrors of the Communist period, commemorating more than 5,500 people who were executed by listing some of their names, interviewing survivors of internal exile, forced labour and torture, and delineating the bureaucratic mechanism which enabled this repression to take place. (I had forgotten, incidentally, that Kim Philby was instrumental in transmitting information to Tirana via Moscow destroying the anti-Communist resistance in the late 1940s.) 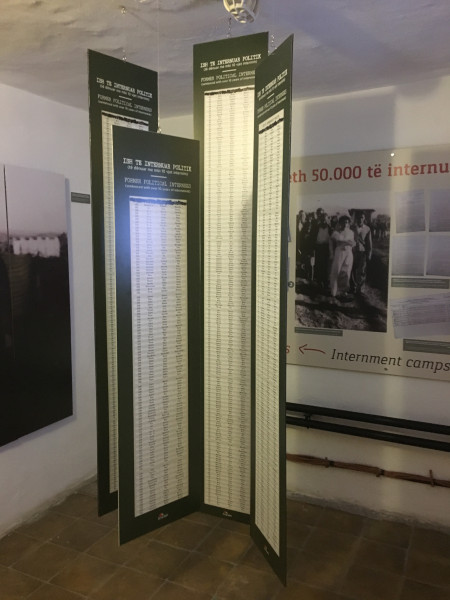 Even so, thousands were able to flee Albania for other countries, and the collapse of the regime was triggered by a mass movement to refuge in Western embassies in July 1990.

A little more light-heartedly, the museum looks at the techniques of surveillance (which I found very evocative of Ismail Kadare's Palace of Dreams): And also the famous instruction to visitors to respect socialist aesthetics in their hairstyle and clothing, complete with pictures of visitors being shaved at the border. The culmination of the museum part of the installation is the Ministerial underground office, with time-appropriate phones and decorated with pictures of former Interior Ministers. 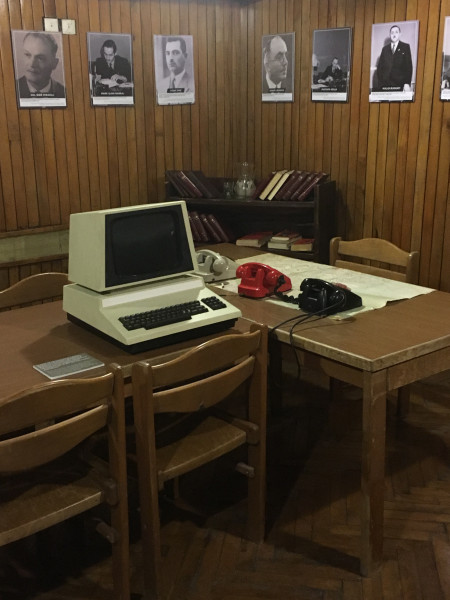 The other part of the installation is an art and performance space, in the deepest part of the bunker. Some parts of the architecture have been co-opted as art: 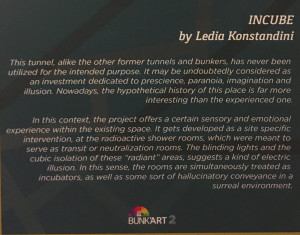 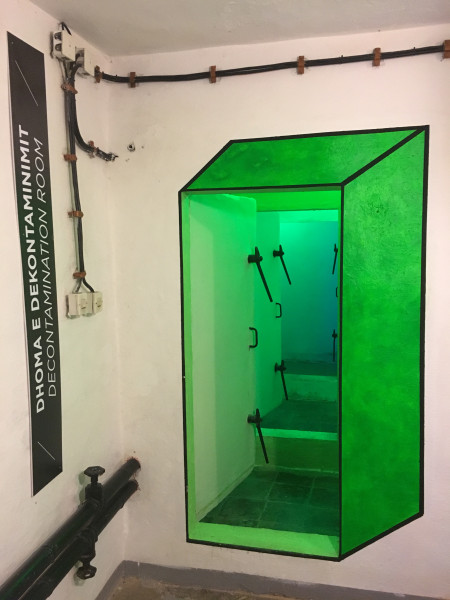 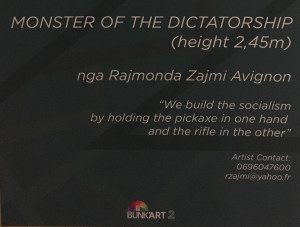 (That "pickaxe in one hand and rifle in the other" line seems familiar.)

It's an extraordinary place. I had the pleasure of the company of a prominent scientist, who like me had been to Tirana several times before but had not had the chance to visit Bunk'Art since it opened late last year. What struck me was that unlike the Berlin "Topography of Terror" exhibition, this demonstrates how the normal mechanisms of establishing the structures of the Albanian state after independence in 1912 - the gendarmerie, the border guards, the fire and rescue services - were rapidly co-opted and brutally used to maintain the life of the Hoxha regime. Yet the bunker itself, built at great expense, was never used by its creators; by the time it was finished, oppression was on the way out, and its destiny turns out to be an exposure of secrets that the former rulers would have never wanted revealed, and a place for the performance of art that they would certainly have found degenerate. It's a reminder that it may take a long time, but evil government does contain the seeds of its own downfall.
Collapse