Another audio story with the Fifth Doctor, Tegan and Nyssa, written by Simon Barnard and Paul Morris (who wrote the brilliant Scarifyers, starring Nicholas Courtney and Terry Molloy, a few years back). It's a nice isolated space ship story: the TARDIS arrives to find the human crew mysteriously absent, and the genteel but strangely forgetful robot Hargreaves (played charmingly by Matthew Cottle, who I remember from Game On twenty years ago) more or less in charge. The captain, when she eventually turns up, is played by Nina Sosanya who was brilliant in a very different role as Trish in the TV episode Fear Her, and is also good here though with less opportunity to show it. The plot is decently intricate, with parallel time lines and false memories, though some of the black hole stuff doe not stand up to scientific analysis. Of the regulars, Sarah Sutton is given some particularly good material to work with and does it well.

However, my inner linguistic pedant winced a couple of times - in his first scene, Cottle as Hargreaves mangles "Sangiovese" (as in the wine) out of all recognition, and the mad Russian scientist played by Harry Myers does not seem to have learned Russian from anyone who had ever heard a native speaker.

Still, it's good fun with some very chilling moments. 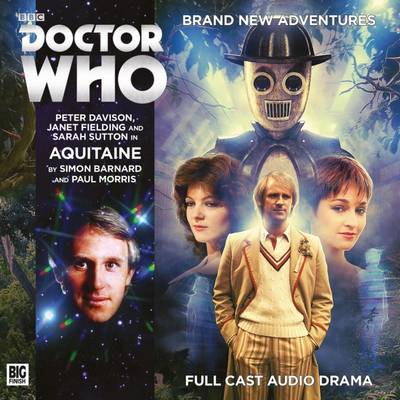