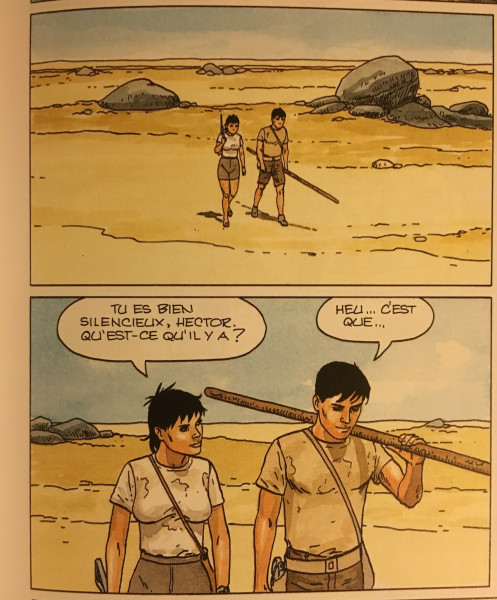 What's up with Hector is that he's in love with Kim, as are many people in the world of Bétélgeuse; this is the climax of the second of the Aldébaran cycles of graphic stories by Leo, and though it starts somewhat unpromisingly with Kim and two other female characters discussing the size of their breasts on the first first page, actually it then settles down into a rather satisfying conclusion for the series, with the peculiar behaviour of human technology and settlers and of the indigenous inhabitants all explained just enough to make you want to buy the next volume, and Kim established as a competent kick-ass heroine ready to lead the rest of us onwards.

This came handily to the top of the pile when I was looking for a non-English language graphic story to read. Next in that pile might be De Mexicaan met twee hoofden, the Dutch translation of Le Mexicain à deux têtes, the first of the Professor bell series by Joann Sfar. Or it might not.