Note: sorry to have missed a couple of weeks. To be honest the last few episodes are more difficult to be enthusiastic about. But there are only three more after this one.

Albert is collecting tinfoil to raise money for a guide dog for the blind (a "seeing eye dog", as Sticks helpfully explains to American viewers). The gang put on a comedy and dance show for local kids, charging in foil rather than cash, and raise enough for a dog. 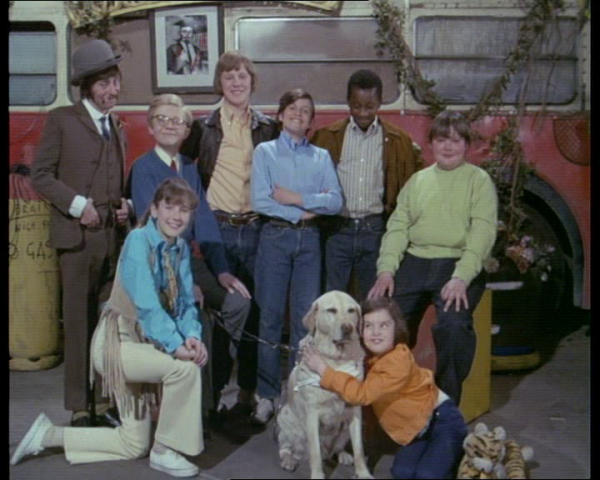 Some of the jokes are almost funny. 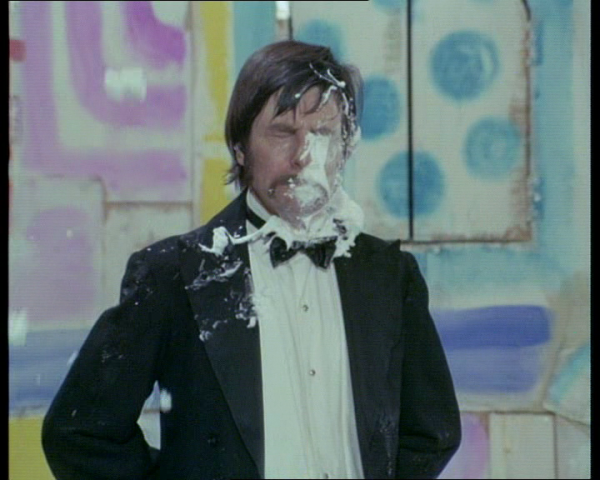 And the kids can actually dance. 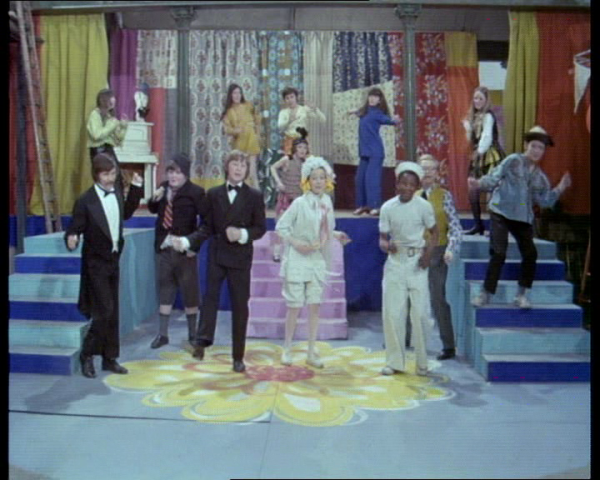 This is a pretty poor episode, which smells of running out of time and ideas (though not money; see below). Low points include Sticks' impressions of a Chinese mandarin, the "black and white" joke, and the endless slapstick. It's also a little odd that the title song is adapted to be about being on a TV show, when that is not part of this episode, except meta-textually in the sense that they are on a TV show. I hope that the audience of small children (all white) were adequately rewarded for laughing in the right places. 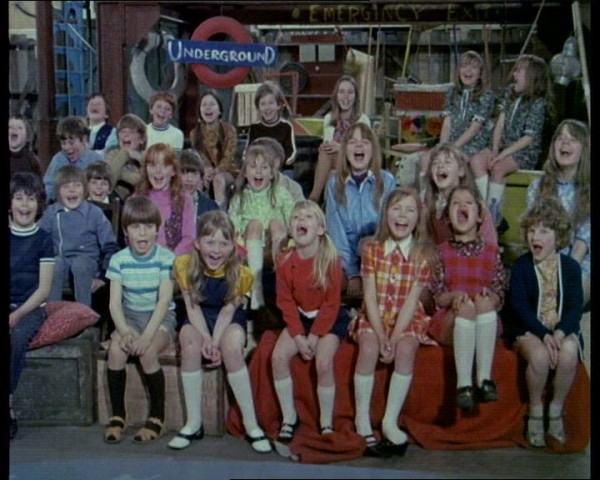 A particularly incongruous element is the repeated resort to Americanisms for the US viewers. Sticks explains that a guide dog is a "seeing eye dog", as noted above; jokes depend on the American usage of "fall" to mean "autumn", and the American pronunciation of "missile" (for pun on mistletoe); and at the start, for no apparent reason the boys are wearing American football gear; I'm sure that was useful in London in 1970. 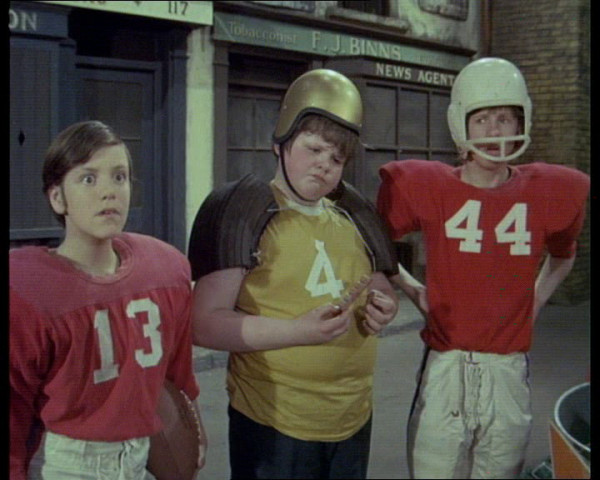 Melvyn Hayes is the butt of a lot of the slapstick, but as he wrote the episode we shouldn't feel too sorry for him. The Americanisms are presumably a sign that Fox, having bankrolled the series, was demanding its pound of flesh in terms of getting some US-friendly content. I shouldn't be too cynical; in her reminiscences, Gillian Bush-Bailey reminisces about how moved she was to get letters from isolated kids at the back end of nowhere who related to the Double Deckers as their TV friends.

The BBC children's programme Blue Peter has had a regular feature every couple of years about training guide dogs for over half a century. The first such feature, in 1964, was funded by an appeal for silver foil and milk bottle tops, as were several later ones. It was quite a phenomenon in popular culture, and viewers in their early teens in 1970 would have remembered the 1964 appeal well.

This is not the first time the kids put on a show. It is, however, the last.

This is the only episode of the 17 with no guest stars, if one counts Melvyn Hayes as a part-time regular but doesn't count Ivor Salter's policeman, seen briefly in Tiger Takes Off.

Bruce Clark (Sticks) has completely disappeared from public view since the making of Here Come The Double Deckers. He appeared in one more TV play in 1972 and then went back to the USA. There is a recent but rather indistinct interview with him available on YouTube.

David Gerber is credited as Executive Producer of all 17 episodes. Of course, this can mean anything from benign neglect to non-stop intervention. At the time, he was also executive producer on another British-themed show that was popular in the USA, Nanny and the Professor, as well as The Ghost and Mrs Muir. During his career he was president of the television division of 20th Century Fox, Columbia Pictures, and MGM. He is best known for the 1970s NBC series Police Story and Police Woman. Along with Harry Booth and Roy Simpson, his name appears on screen as the opening credits roll in every episode. 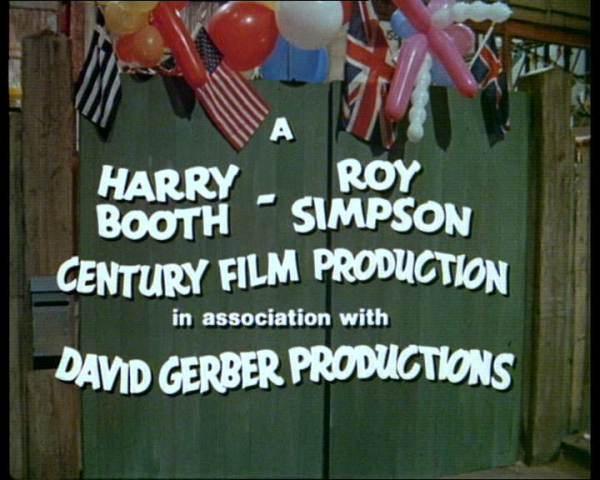 Pericles, Act 4 Scene 5, in its entirety.

Mytilene: a street before the brothel.

Enter, from the brothel, two Gentlemen

OK, it's not actually my totally favourite scene, but it does show Shakespeare at his humorous best: this is a play about shipwrecks and brothels and divine inspiration, and - in context - the conversion of the two Gentlemen by Marina's virtue is both very serious and very funny.

I'm sorry to say that when asked about favourite scenes as such I tend to think of those where someone gets their comeuppance, like Malvolio in Twelfth Night III.iv or Falstaff in MWW V.v - other specific scenes are covered later in the meme.

Of the very few I did when I was at school in Belfast, I think my favourite was the Banquet scene in Macbeth, Act 3 Scene 4, where I played the title character, and Angela (now a lecturer in business in the north-west of England) played my queen while Eileen (who went on to work for Carmen Calill in London, and is now writing in central Ireland) made a ghostly appearance as Macduff. So I guess I'll settle for that.