I had originally planned to take last Thursday and Friday and Friday off work, so as to do research on the Nicholas White/William Cecil correspondence in the National Archives and British Library, and also take in the Tun on Thursday night. But alas, events gradually conspired against me; an important meeting in Brussels was scheduled for Thursday morning, the National Archives are closed, and I have two VIP visitors coming next week whose agendas need preparation, so in the end I settled for buying two books about William Cecil second-hand off the internets. I will probably try this trip early next year though, so possibly see some of you in the Melton Mowbray on 5 February.

Meantime, have a couple of links:

rosisexton ponders the similarities between physical and psychological stress.

mcfnord is working on some more lj network mapping - not quite perfected yet, but worth watching. 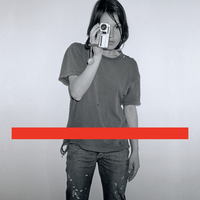 Syleena Johnson, American musician. (Though some sources give her birthdate as 1976.)
Alberto Rionda, Spanish musician.

Which all goes to show that the birthdates of people in showbiz and sports tend to be fairly well known.

The first sentence of the first lj entry for each month:

January: A lot of people on

librarything are doing this: basically, mark any of these books which you have ever read (not just in 2007). My increasingly traditional book poll. (This year's one will be a bit trickier to lay out.)

February: ...which Torchwood character are you?, from The Guardian. I will not say who I turned out to be. (I have forgotten by now.)

March: I read with great interest this review of Kate Fisher's Birth Control, Sex and Marriage in Britain 1918-1960 - so much so that I didn't even spot the name of the reviewer. The reviewer was one Harry Cocks.

April: Just received an exciting message from WAYN.com ("the worlds' largest travel and lifestyle community", WAYN standing for "Where Are You Now"). Yet another crap social network.

May: I must admit I wouldn't normally read a book like this; it came free with the Palm T|X back in November 2005, and I had pretty much laid that gadget aside since I got a Blackberry with my new job last year. Review of Pat Conroy's novel, The Prince of Tides.

June: I know this is a heretical view, given that this is such a popular and well-loved book, but I found it terrifically tough going. Review of Little, Big, by John Crowley.

July: I have never been all that convinced by Arrow's Impossibility Theorem, which "proves" that there is no perfect voting system and made its author the youngest ever winner of the Nobel Prize for Economics. My views on why Arrow got it wrong.

August: So, did anyone else see it? The partial solar eclipse on 1 August.

September: Picked this up on a friend's recommendation of the author last month, and I must say I was really impressed. Review of Mystic River, by Dennis Lehane. (Can't remember who recommended him to me now.)

October: What name is missing? First names of US Presidents. (Second post of the month, as first was locked.)

November: I got this after reading Vanity Fair, and reflecting that it's a while since I last went down to the battle site, which is only half an hour's drive from us. Review of Andrew Roberts' book on the Battle of Waterloo.

December: I picked this up in Paris a few weeks back, and was inspired to re-read it - of course, I had first read it as a teenager - by young F picking up Zlata's Diary to read at the weekend. Review of the Diary of Anne Frank.

3) Daughters of Britannia: the Lives and Times of Diplomatic Wives, by Katie Hickman

I'm probably being rather unfair to this book, but I'm giving up on it not quite half-way through. Hickman, herself a diplomat's daughter, has pulled together an engaging collection of correspondence from the wives (and occasionally other female relatives) of British diplomats posted abroad throughout the last four centuries. The material is amusing and sometimes moving. But I felt that the book lacked a substantial intellectual framework, such as any serious interrogation of the concepts of Britishness, diplomacy, or wives. And I think Hickman did intend it to be that kind of book, but it isn't.

I must say also that having lived abroad in three countries in the last twelve years, and having myself set up from scratch two local offices (and overseen the setting up of a third) for my various employers, I did find myself rather unsympathetic to some of the accounts of hardship reported by people whose government-funded bureaucracies weren't always able to guarantee them a perfect quality of life. In the non-profit sector things are a bit different.

In fairness, some of the hardships are very real. Hickman's father was deputy head of the British embassy in Dublin in 1976 when the ambassador, Christopher Ewart-Biggs, was killed by the IRA: perhaps the most moving section in the book (and one of the longest single extracts) is her mother's description of the aftermath for the Ewart-Biggs family. It is the more vivid for me because I worked with Jane Ewart-Biggs many years later, administering the book prize established in her husband's memory.

I'm inclined to put this up on Bookmooch, but I know that some on my friends list have a personal interest in this topic, so you folks get first shout.